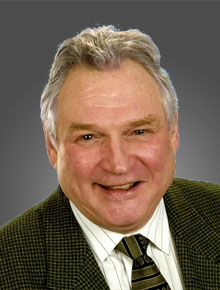 Gordon Gibson is a Senior Fellow in Canadian Studies at The Fraser Institute. He received his BA (Honours) in Mathematics & Physics from the University of British Columbia and his MBA from Harvard Business School followed by research work at the London School of Economics. His current areas of study include federalism, governance, and aboriginal/non-aboriginal relations. Mr. Gibson has also written Fraser Institute books and monographs that include, Plan B: The Future of the Rest of Canada, Thirty Million Musketeers, Fixing Canadian Democracy, Comments on the Draft Nisga'a Treaty, A Principled Analysis of the Nisga'a Treaty, Principles for Treaties, and his most recent study Challenges in Senate Reform: Conflicts of Interest, Unintended Consequences, New Possibilities. In 2002, He was commissioned by the BC Government to design the Citizens' Assembly on Electoral Reform. His report was substantially adopted (with amendments as to size) and the Assembly process is now successfully completed. The Assembly architecture is currently the subject of extensive world-wide study as an innovative technique in tackling difficult public policy problems. His columns appear frequently in the Vancouver Sun, Winnipeg Free Press and the Globe & Mail.

He has served as Assistant to the Minister of Northern Affairs, then Executive and later Special Assistant to the Prime Minister, and then ran in three federal elections. In addition, he was elected twice to the B.C. Legislature and served as both MLA and Leader of the British Columbia Liberal Party. He is currently on the Board and Chair of the Audit Committee of the Westshore Terminals Income Fund.

The Effects of Mass Immigration

Since 1990, Canada's annual rate of immigration has been extremely high-the highest in the world, averaging 0.75% of the population-and has had a significant impact on the size of the population, adding, between 1990 and 2006, 3.9 million (14.2%) to the 1990 level of 27.4 million. Such mass immigration has profound effects on economic, demographic, social, and political conditions in Canada that affect the well-being of all Canadians, including past immigrants. Unfortunately, Canadians are insufficiently aware of these effects partly because a code of political correctness tends to identify any examination of immigration policies with racism and partly because Canada's electoral system rewards politicians who are in favor of the current high intake. As a result of these conditions, during the 2008 federal election, politicians typically promised to maintain or even raise this rate of immigration without any public discussion of the consequences of such policies or any significant input from Canadians affected by them.

The estate of the Indian people of Canada is the most important moral question in federal politics. The responsibility flows directly to each of us as voters. This book talks about what we, Canadians generally, can do to understand this and what governments can do to discharge their responsibilities.

Senate reform in neither a necessary nor a sufficient answer to problems of governance. Many of the alleged failures of our political system for which Senate reform is claimed as a cure are in fact failures of the House of Commons or built-in features of the Westminster system.

Canadian history is littered with proposals for Senate reform.

Legislatures have as their main purposes, first, the setting of broad policy (through the imposition of laws, taxes a

Why worry about such an esoteric subject as democratic reform? After all, Canada is reasonably free and prosperous.