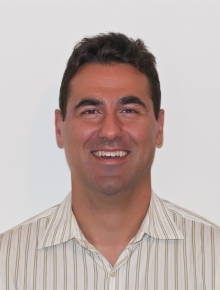 –
Clinical Associate Professor of Economics, College of Business, University of Texas at Arlington

Todd Gabel, Senior Fellow at the Fraser Institute, is Clinical Associate Professor of Economics in the College of Business at University of Texas at Arlington. Prof. Gabel holds a Ph.D. and M.Sc. in economics from the University of Texas (Dallas) and a B.Sc. from Simon Fraser University.  He is an expert in the field of U.S. and Canadian social policy with a particular focus on welfare. His articles have been published widely in journals and newspapers including the Canadian Journal of Economics, Fraser Forum, Vancouver Sun, and National Post.

The allocation of investment capital, both internationally and domestically is increasingly acknowledged as a leading contributor to a jurisdiction's economic success or failure.

This study will examine welfare policies in Ontario since 1985, evaluating the welfare reforms initiated under the newly elected provincial government in June 1995. These will be compared with reforms of welfare policies in the United States, which have proven abundantly successful in reducing dependency, increasing employment and earnings of welfare leavers, and lowering poverty rates, as well as with reforms of welfare policies undertaken by other Canadian jurisdictions. The following evaluation is based upon six principles that research has found to play a prominent role in effective welfare reform. The criteria selected cover two broad areas: policy and program delivery.

read more
Canadian Government Debt 2004: A Guide to the Indebtedness of Canada and the Provinces

The problem with capitalism—not all capitalists are capitalist
Todd Gabel

Bombardier has seemingly given millions of taxpayer dollars to executives—while his company struggles to remain profitable.

The less work required, the happier we’ll be
Todd Gabel

Does Obamacare save lives? A closer look into a passionate proposition
Todd Gabel

The term "political correctness" is a means to welcome new values while punishing old ones.

Clinton and Trump—similar policy prescriptions that may not bode well for the U.S. or Canada
Todd Gabel

America's place as a world leader in economic freedom has faltered.