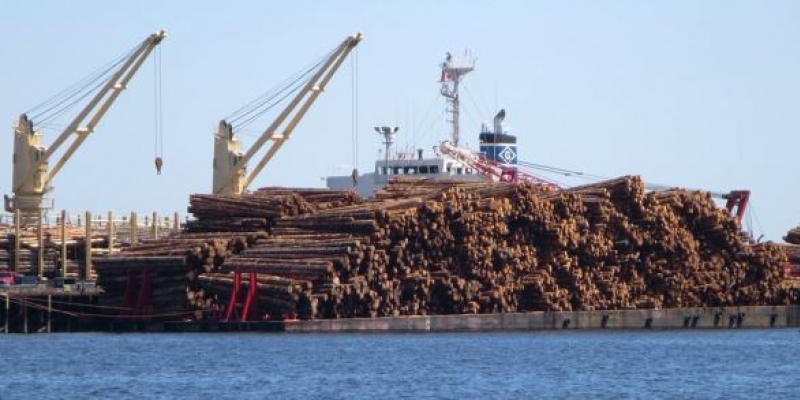 Almost no topic in British Columbia forestry has been more controversial than what to do about log exports. Unions and some politicians argue for a complete ban, while previous economic analysis has favoured free trade in logs. Meanwhile, the current government has been happy to allow limited log exports, so long as these logs are not of the highest quality and are deemed surplus to domestic needs. This paper compares three policy options for British Columbia’s log exports: a ban, an export quota, and free trade.

In 2011, British Columbia exported over 5 million cubic metres of logs to China, Japan, Korea, and the United States. These log exports represent a relatively small percentage of the total BC harvest, but a large percentage of the Coastal harvest, where most logs for export originate. Over the past decade, China has become the largest foreign buyer of BC logs. Despite the demand for BC logs on foreign mar¬kets, log exports are restricted by the provincial and federal governments. In most cases, to export a log from the Coastal region, the producer must secure a federal export permit if the area logged is under federal jurisdiction or both federal and provincial permits if under provincial jurisdiction. To obtain a permit, a log must be harvested and then offered first to domestic buyers on the Vancouver Log Market. A government-appointed committee then applies a Surplus Test to determine whether that particular log is deemed surplus to domestic needs and judges whether any domestic offers of purchase are “fair.” The provincial government also imposes additional prohibitions on the export of certain species (like Red Cedar) and the highest grades of logs for timber that falls under provincial jurisdiction.

Because of the restrictions on exports, logs sell for substantially less to domestic buyers on the Van¬couver Log Market than those sold to foreign buyers. In 2011, the average price of logs sold domestic¬ally on the Vancouver Log Market was $74.28 per cubic metre, while the average price of logs exported was $108.35 per cubic metre. Furthermore, the current export approval process, and the Surplus Test in particular, adds significant delays and uncertainty into the operations of logging companies. The current log export process prevents log owners from securing long-term contracts with foreign buyers to shelter from price volatility, prevents log owners from sorting logs per customer request, and imposes delays that increase log-handling costs and ties up capital. A streamlined process, such as an export quota, would eliminate these costs while continuing to restrict exports.

This paper develops a partial equilibrium trade model that reflects the BC Coastal log market and the international market for BC logs to analyze three possible policy options: a ban on exports, an export quota, and free trade in logs. Using 2011 market data, the model suggests that an export quota that restricts log exports to current levels is more beneficial to British Columbia than an export ban or free trade. The intuition behind this result is that limiting BC log exports allows BC log owners, as a group, to exercise market power in the international market. Sensitivity analysis suggests that the results partially hinge on how substitutable BC logs are for logs from other jurisdictions: if BC logs are very substitut¬able, then free trade in logs is more beneficial than an export quota.

One thing is exceedingly clear from the analysis: an outright prohibition on log exports from British Columbia, as advocated by many pundits, politicians, and interest groups, is very costly compared to all alternatives. Both free trade in logs and a quota policy allowing limited log exports are preferable to a ban on exports.

Although free trade in logs is not the preferred policy from a BC perspective, it certainly is from a global perspective. Chinese, Japanese, and Korean log consumers directly benefit from British Columbia allow¬ing more log exports. This presents an opportunity. Canada is currently in talks to join the Trans Pacific Partnership, which includes Japan. There have also been calls in the media and policy circles for the commencement of trade negotiations with China in the future. It is possible that removing all restric¬tions on log exports as part of a trade agreement could leverage concessions of a similar size that would benefit British Columbia and Canada.