Are the Provinces Really Shortchanged by Federal Transfers? 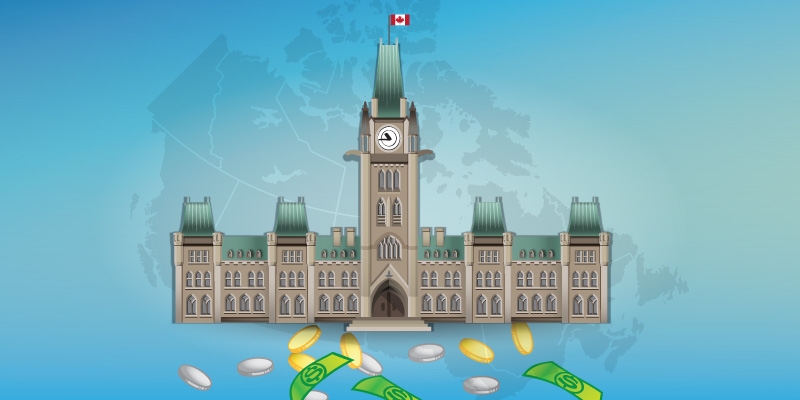 In recent years, government officials from several provinces and a number of commentators have suggested that inadequate transfers from the federal government are a contributing factor to the persistent deficits that exist in several provinces. This study steps away from the political rhetoric and examines data on federal transfers to the provinces to assess whether these transfers have been growing or shrinking in recent years, and at what rate. It also compares the rate of growth for federal transfers to other metrics—including spending growth, own-source revenue growth, and the combination of inflation and population growth—to begin to assess the validity of claims that inadequate federal transfers are partially responsible for the fiscal challenges facing many provinces.
The study finds that federal transfers to the provinces and territories have grown substantially in recent years, increasing by 62.3 percent from 2005/06 to 2015/16—a rate much higher than would have been required to keep pace with inflation and population growth. Furthermore, the share of all provincial revenues that come in the form of transfers from Ottawa has increased significantly between 2005/06 and 2015/16.

Contrary to claims that federal transfers to the provinces are inadequate, the study finds that major federal transfers to the provinces and territories are currently higher on an inflation-adjusted per-capita basis than at any other point in Canadian history (see figure). The most important reason for the persistence of budget deficits at the provincial level in Canada has been significant spending growth over the past decade. Provincial program spending increased by 56.1 percent during this timeframe, whereas spending would only have needed to increase by 31.6 percent to offset the effects of inflation and population growth. Spending growth, which has dramatically outstripped own-source revenues and inflation plus population growth, is the primary cause of persistent deficits in the provinces, not inadequate federal transfers.

After discussing trends on aggregate transfers to the provinces, the study turns to recent developments surrounding transfer payments to specific provinces, identifying the jurisdictions that have experienced particularly rapid growth in federal transfers and discussing the reasons for these trends. In both nominal and real per-capita terms, transfer payments to Alberta, Quebec, and Ontario have increased at a significantly faster rate than transfers to other provinces.

The rapid increase in transfers to Ontario is primarily a function of that province becoming a “have-not province,” which means that since 2008/09, Ontario has been receiving equalization payments. Ontario’s transition to a have-not jurisdiction and the substantial resulting increase in transfers to the country’s largest province has had a number of important implications. Federal transfers to Ontario increased by 87.8 percent between 2005/06, far faster than the rate of transfer growth for the country as a whole, and also far faster than a number of relevant metrics including GDP, inflation plus population growth, and provincial own-source revenue. Whereas federal transfers represented 12.0 percent of Ontario’s revenue in 2005/06, that figure had climbed to 16.4 percent in 2015/16.