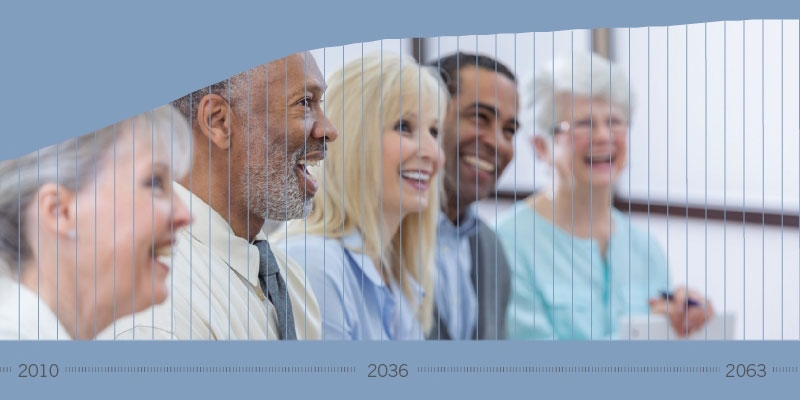 Despite broad public awareness that our society is aging, very little has been done by governments across the country to prepare for the marked aging that has already begun. This study examines the fiscal pressures, specifically the demand for greater spending on seniors-related programming coupled with a weakened ability to generate tax revenues, that governments will face for the foreseeable future from an aging population.

Data abounds illustrating the aging of our population. Statistics Canada estimates that from 2010 to 2063, the seniors’ share of Canada’s population will increase from a little under 15 percent to over 25 percent.

This slowdown in per-person income and economic growth more broadly comes at the same time that governments will face pressure for higher spending on a wide range of programs. This study examines both health care spending and income transfer programs to seniors.

Health care spending on a per-person basis is heavily skewed towards a person’s first year of life (birth and related) and their retirement years (post 65). For instance, in 2014, the latest year of available data, the average per-person government spending on health care for Canadians between the ages of 15 and 64 was $2,664. Compare that to the cost for those 65 and over who had average annual per-capita health care costs of $11,625, which was 4.4 times greater than the 15–64 average. The higher proportion of Canadians expected to be in the over-65 category means higher and higher health care costs.

In addition to increased health care spending, an aging population will also require governments to direct more resources to senior income transfer programs like Old Age Security (OAS) and the Guaranteed Income Supplement (GIS). Currently, spending on these programs costs about $48.3 billion, which represents 2.4 percent of GDP. In 2045, spending on Elderly Benefits is projected to be approximately 1.1 to 1.2 percentage points of GDP higher than in 2017. This means that Elderly Benefits will represent between 3.5 and 3.6 percent of GDP by 2045, an increase of 47.0 percent from 2017. Using 2016 nominal GDP figures, the latest year for which we have complete data, this increase would be equivalent to $22.6 billion more being spent on Elderly Benefits.

Simply put, population aging will contribute to a large increase in future levels of government spending. When combined, projected government spending increases related to health care and Elderly Benefits are expected to be 5.3 percentage points of GDP higher in 2045 compared to 2017. In dollar terms, this additional spending would be equivalent to an increase of $107.1 billion using 2016 nominal GDP figures.

To illustrate the potential size of the looming fiscal imbalance, the study includes an analysis of probable revenues (conservatively estimated) with higher spending on health care and income transfer programs to seniors. Based on certain assumptions, by 2045, it is projected that there will be a 7.1 percent of GDP gap between government revenues and expenditures, in other words a deficit. For perspective, government deficits in 2016 would have been more than $143 billion based on 7.1 percent of GDP. Depending on interest rate assumptions, the accumulation of debt over this period could be substantial. The estimates in the paper of debt accumulation by Canadian governments range between 170 percent and 250 percent of GDP.

These rather worrying fiscal outcomes are not inevitable. Proactive steps can and should be undertaken to reform program spending and encour­age stronger economic growth, both of which would mitigate the adverse effects from the aging of our population that are outlined in this paper.