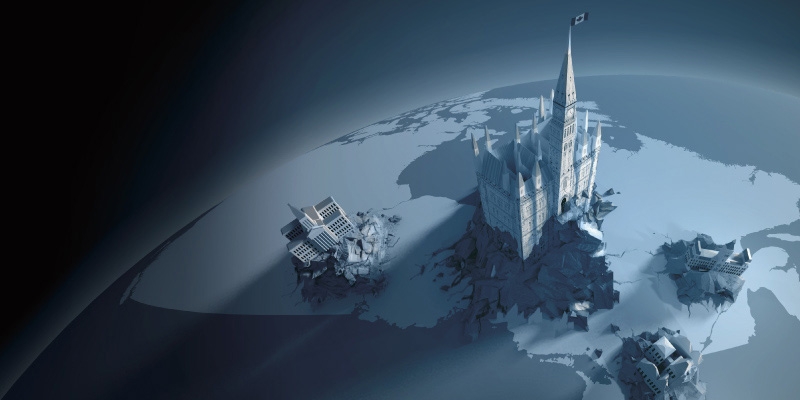 Economists have studied the question of whether there is an optimal size of government for decades. While there have been a variety of approaches to the question, with varying results, one comprehensive analysis of OECD countries between 1960 and 2011 found that the growth-maximizing government expenditure share was about 26% of GDP. This provides context for discussing Canada’s current size of government.

In this study, we measure the size of government in Canada as a share of GDP, that is, government expenditure in relation to the size of the economy, so as to be able to compare levels of expenditure over time in a consistent manner. Between 2007 and 2018, the share of government in Canada has been growing. In fact, our data reveal that it grew for Canada as a whole, as well as in eight of ten provinces during this period.

The share of the economy that government occupies varies widely across the country. For Canada as a whole (including the federal government and the provincial governments), the share of government was 40.3% in 2018, up from 37.4% in 2007. Among the provinces, in 2018 Alberta had the smallest government, 29.3% of its economy, and Nova Scotia, the largest at 61.6%.

Governments across the country have increased the share of spending in three of the four categories measured. Spending on goods and services increased from 60.5% of total government spending to 61.5% between 2007 and 2018. Transfer payments increased from 25.9% to 27.4%. Capital transfers and subsidies increased from 3.1% to 3.8%. These increases are mirrored by the reduction in debt-servicing costs as a share of total spending, from 10.5% to 7.2%. While reduced debt servicing costs make it cheaper to increase spending in other categories, there is reason for concern going forward as debt levels rise. Furthermore, low real interest rates that have reduced the cost of financing government borrowings may not persist.

Government employment as a share of total employment in Canada has been increasing as well. While this measure peaked in the 1990–1994 period, it has been steadily increasing for the country as a whole over the past 20 years, from 19.0% in 2000–2004 to 20.2% in 2015-2019. The province where government workers made up the largest share of total employment in the most recent time period was Newfoundland & Labrador, at 27.5%, while Ontario had the smallest share at 18.7%.