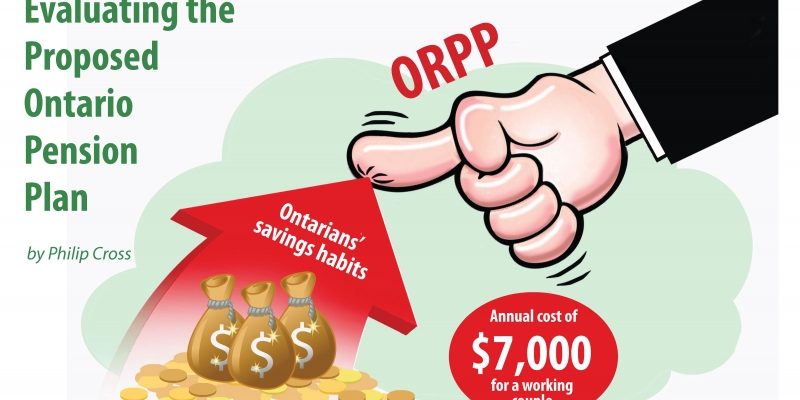 The Ontario government has proposed its own supplement to the CPP in an attempt to force more saving. In reality, Ontarians typically have an above-average saving rate, double that of the rest of Canada as recently as 2009. Saving in Ontario returned to the national average after real income per capita fell outright in the last two years.

The underlying assumption of Ontario?s plan is that a lack of discipline prevents households from saving. However, if saving instead is being constrained by falling real incomes, any attempt to mandate higher saving will likely be offset by lower voluntary saving, as people struggle to maintain their standard of living. This is what occurred in the late 1990s, despite rising incomes at the time.

Large provincial pension plans do not always generate a better return on investments than individual investors. The poor performance of the Quebec Pension Plan since 2007 is a good example, as millions of contributors were exposed to the same risk of an ill-timed investment.

The ideal scenario would be stronger income growth, which allows both spending and saving to increase. Instead, the higher contributions required for the Ontario pension plan will depress household income and spending when introduced. It will cost individuals up to $3,420 a year, or nearly $7,000 for a working couple.