Federal Reforms and the Empty Shell of Environmental Assessment 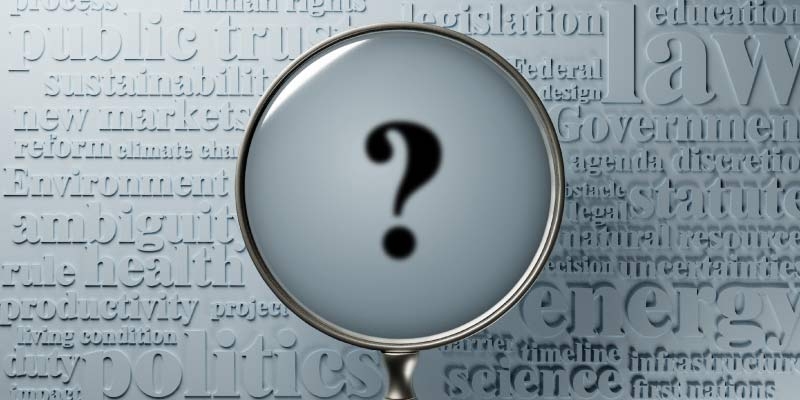 Critics of Bill C-69 say it will create regulatory uncertainties and delays, leading to decreased investment in energy projects and infrastructure. Under the Bill, environmental assessment (EA) processes will indeed be uncertain, complicated, and potentially lengthy. Decisions will be discretionary and political. However, these are not new features created in C-69 proposals. The battle over the form EA legislation should take obscures a basic truth: all EA regimes are discretionary and political. EA embodies the idea of law as process—of discretionary, participatory decision-making without substantive rules or standards. EA statutes establish a series of procedural steps to study project proposals and their expected impacts, solicit public input, and conduct reviews before the projects are allowed to proceed. None of those steps are subject to substantive criteria. There are no environmental rules, standards, or rights against which to compare the anticipated impacts of a project. EA provides government with the ability to seek the public interest—which, like beauty, depends on the eye of the beholder.

EA procedures are complicated. A formalized, intricate, expensive, and time-consuming EA process obscures the reality of the function that EA actually serves, which is to legitimize contentious decisions. An anthropologist might say that EA is political ritual. It blesses the outcome, whatever it happens to be. Although the process does not determine the content of the decision, it nevertheless gives legitimacy to the result. The purpose of EA is to be able to say that EA has been carried out. The government decides whether to approve major projects on a case-by-case basis, in the absence of legal goalposts, in accordance with the political winds of the day. Environmentalists favour extensive EA procedures because they create hurdles for proponents of resource development and provide a platform for those opposed to such development to state their objections. The result is a figurative shouting match over whose values should prevail. EA empowers officials to listen to the voices that they prefer to hear.

Discretionary outcomes are not the product of a flawed EA process but a feature of the concept. The EA process provides a veneer of adjudication by making it appear as though decisions are rigorous and based upon evidence and criteria, but the outcome of each EA is actually a policy decision based upon a government’s calculation of political pros and cons. Under C-69, EAs will consider a wider variety of objections to project approval. It signals government receptiveness to constituencies hostile to project approvals. According to the Trudeau government, the Bill establishes principles and markers that will guide decisions, but in reality it will instead simply make EA more like itself—a process to provide legitimacy for discretionary decisions divorced from substantive legal criteria.