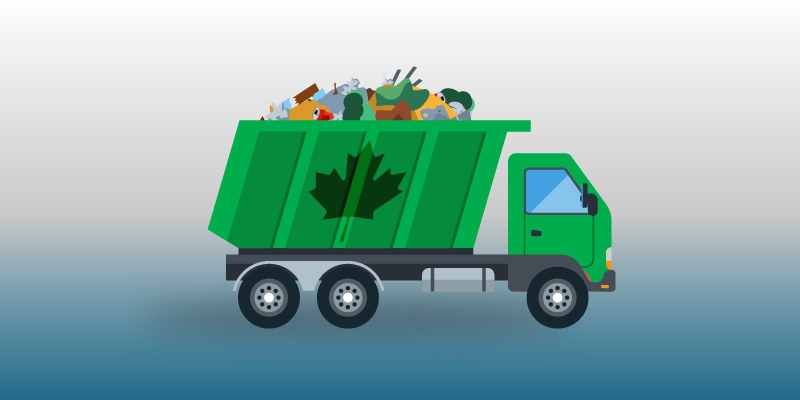 Solid waste affects people’s health and the environment surrounding them. Poorly managed solid waste accumulates in local bodies of water, oceans, and forests, degrading our ecosystems and negatively impacting human health. Therefore, appropriate management of solid waste is a particularly important public policy goal. This study examines the state and evolution of the generation and management of Municipal Solid Waste (MSW)—more commonly known as trash or garbage—in Canada over the past two decades, using official data and government reports.

Overall, as Canada’s population and economy grew between 2002 and 2018, so did total waste generation. Canadians generated 35.5 million tonnes of MSW in 2018—16 percent more than in 2002 when 30.7 million tonnes were generated. However, when we account for population and economic activity, Canadians are generating less waste over time—2 percent less on a per-capita basis and 23 percent less per unit of GDP in 2018 compared to 2002. The fact that Canada’s waste generation rate grew more slowly than its GDP from 2002 to 2018 suggests that Canada has partially decoupled waste generation from economic growth.

Similarly, Canadians are disposing of less waste over time—10 percent less on a per-capita basis and 29 percent less per unit of GDP in 2018 compared to 2002.

In addition, waste diversion has steadily increased in Canada. In 2018, about 28 percent of MSW was diverted in Canada—chiefly comprised of paper fibres and organics—compared to almost 22 percent in 2002. In 2018, the remaining 72 percent of waste, which is largely comprised of food and plastics, was disposed of mostly in landfills. Overall, Canada’s waste management still relies on landfills despite significant increases in diversion rates.

Overall, Nova Scotia and British Columbia have the lowest disposal rates in the country, relative to both economic activity and population, while Manitoba has one of the highest.

Overall, the evidence illustrates that, when we account for population and economic activity, Canada has generated and disposed of less waste over the past two decades. On balance, the fact that Canada partially decoupled solid waste generation and disposal from economic growth is good news for the environment. Moreover, the country’s progress in reducing per-capita solid waste disposal and waste disposal intensity, paired with increasing diversion rates, speaks volumes for Canada’s stellar environmental performance and builds on its already impressive environmental track record.