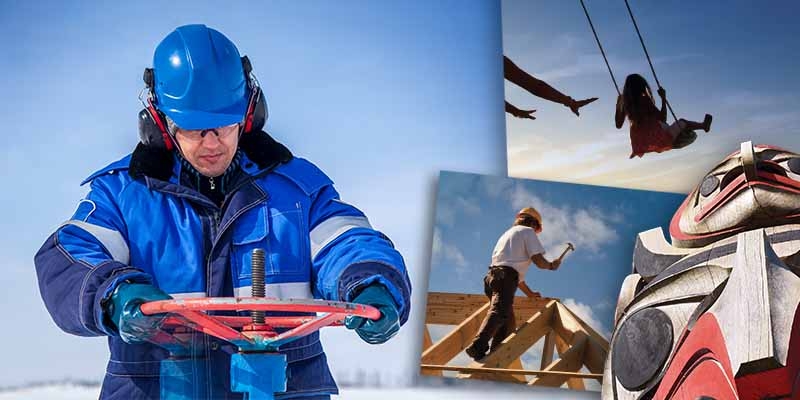 The highly visible opposition of some British Columbia First Nations to pipeline construction has created the impression that all Indigenous people are opposed to resource development. That impression, however, is false. Forty-three First Nations and other Indigenous groups support the proposed Trans Mountain pipeline, while only 12 signalled opposition in the Tsleil-Waututh litigation. All 20 First Nations along the route of the Coastal GasLink pipeline, which has been planned to feed LNG exports from Kitimat, endorse that proposal, apart from some internal disagreement within the Wet’suwet’en.

First Nations have good economic reasons to support pipelines because their right to be consulted has enabled them to negotiate lucrative mutual-benefit agreements (MBAs) with the proponents. Although many details remain confidential for business reasons, such an agreement typically offers a First Nation several million dollars up front, plus tens of millions over the life of the pipeline. First Nation supporters of Coastal GasLink will also receive cash payments from British Columbia’s resource-revenue sharing policy. Beyond these cash payments, MBAs also include valuable guarantees of employment, job training, and contract set-asides, which in the long run may be worth more than the cash.

The First Nations who negotiate MBAs generally have three characteristics in common: their populations are small, their locations are remote, and their incomes are much lower than the regional average. The mean family income of First Nations supporting these pipelines is half or less than that of the provinces of Alberta and British Columbia in which they are situated. Their average Community Well-Being Index is also 20 points or more lower, on a scale from 1 to 100, than the average in their province. If you went looking for people who could benefit from more economic opportunity, you would immediately notice these First Nations. Yet they do not have the same chances for hospitality industries and real-estate development as urban First Nations. Natural resource development is their best, perhaps their only way, to escape poverty. For them, pipelines could become lifelines.

In contrast, the smaller number of First Nations who oppose pipelines are mostly located on the coast and/or near Vancouver, where they have other economic opportunities. The Tsleil-Waututh and Squamish First Nations, who were prominent in the opposition to Trans Mountain, are active in real-estate development. Squamish also has a lucrative contract with a small LNG export facility. And Tsleil-Waututh’s opposition has been funded for the last decade by the Tides Foundation, which also subsidizes a broad array of environmentalist organizations opposed to Trans Mountain and other pipelines.

Ironically, the opportunities created for many First Nations by pipeline proposals are being blocked by a smaller number of more fortunately situated First Nations. This is a general problem of long, linear projects such as pipelines, railways, highways, and electric-power transmission lines. Proposals, especially for pipelines designed to bring hydrocarbons to the coast for export, are of no value unless they can be completed from beginning to end.

The right to be consulted, which First Nations employ to negotiate mutual-benefit agreements, has been articulated by the courts in the context of individual proposals such as mines and oil wells, forestry clear-cuts, and ski resorts. The courts have not yet faced up to the complexity of long, linear projects involving dozens of First Nations. Analogous problems in the wider economy are resolved by governments’ power of expropriation with compensation for easements or other takings. Existing provincial legislation, however, does not apply to “lands reserved for Indians” (Constitution Act, 1867, s. 91(24)). Some combination of federal legislation and judicial decisions will probably be required to break the impasse. Otherwise a small number of First Nations, in concert with green activists and NIMBY politicians, may continue to frustrate the hopes of many more First Nations for a better standard of living.