Income Mobility: The Rich and Poor in Canada 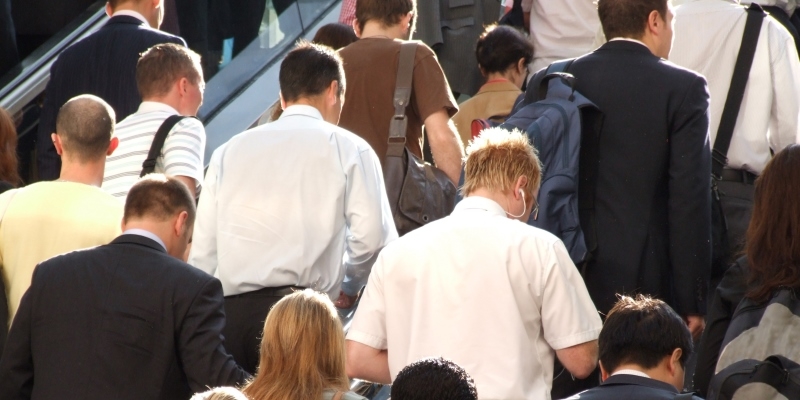 This study explains the reasons for this difference. Chapter 1 shows that Statistics Canada calculates the average incomes of the different quintiles using survey data on the incomes of all Canadians in a given year, ranks them in descending order, and calculates the average incomes of each quintile. The problem with this methodology is that each quintile contains different persons who have experienced higher or lower incomes than they did in the preceding year and moved into different positions on the income scale.

This income mobility is the outcome of well-known events in human life. The young or new immigrants entering the labour force have low in-comes that increase as they gain work experience and become more productive. Temporary reductions in income are due to unemployment or illnesses while increases are due to temporary events like capital gains, bonus payments or professional success of limited duration.

Chapter 2 documents how income mobility influences the average in-comes of an unchanged set of Canadians over a number of years. This calculation uses the income-tax data of individuals, which has been made possible only recently through the availability of computerized information maintained by Revenue Canada. The information about the income of Canadians derived through the traditional set of statistics provides the rationale for the clichés that “the rich are getting richer and the poor are getting poorer” and that “the poor are trapped in poverty”. The new measure based on income mobility shows, in contrast, that “all Canadians are getting richer, the poor more so than the rich” and refutes the existence of poverty traps.

Chapter 3 considers the public outcry over the great income gains en-joyed recently by the very top of the income distribution, the infamous “one-percenters”. The statistics show that income mobility is also high among this group of Canadians. Most important, the data reveal that these high incomes are earned by entrepreneurs and professionals in business, sports, entertainment, and creative arts as a result of their investments in education, training, and risky enterprises. These high incomes are not the result of the illegal practices, immoral behaviour, and political cronyism that produced the plutocrats in Russia, China, and other transitional and third-world economies.

The high growth in the incomes of Canadians at the very top of the distribution started in the 1980s when free-trade agreements led to the globalization of commerce and labour markets and when technological revolutions in communication, transportation, and travel broadened world markets. Canadian business professionals, stars in sports, entertainment, and the arts, and successful innovators now sell in world markets, which are much larger and reward them more richly than the much smaller Canadian market did before.

The policy implications of the findings of this study are presented in Chapter 4. One of them is that the government should be required to pro-duce and publish regularly statistics on income mobility at the same time that it publishes the traditional data on income distribution so that public and political discussions of the need for more income redistribution policies will become more fact-based and consider properly the relative merit of preserving income mobility and equalizing incomes.

For example, the mobility data show that the rich are mostly Canadians at an age where they have the highest incomes of their lives but also have the highest levels of responsibility towards their families. Is it fair to tax them at punitive rates and transfer the funds to the young who have no such responsibilities? Another example is that, according to mobility data, government aid for the poor in the lowest quintile benefits the 87% who will have higher incomes in the future. Would it not be better to cut or eliminate the aid to these individuals and use the saved money to increase aid to the 13% who are the unfortunate victims of permanent physical and mental disabilities?

Finally, debates about higher taxes for the very rich should consider that these Canadians earn their high incomes through investment in education and risk-taking. Is it fair to punish individuals who have made such investments and reduce the incomes of future generations because these taxes reduce incentives to invest in education and risk-taking?