The Investment Outlook for the Canadian and US Oil and Gas Sectors: Evidence from Financial Metrics 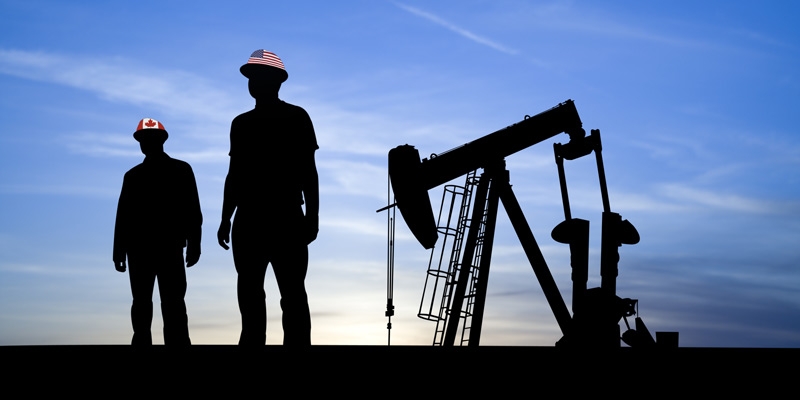 Canada’s oil and gas industry has long been a driver of the country’s economic growth. Hence, the outlook for the industry’s future profitability is an important determinant of capital investment rates and employment trends for the industry and the country as a whole going forward. The substantial decline in the profitability of Canadian oil and gas companies post-2014 was unsurprisingly accompanied by a collapse of domestic investment in the oil and gas sector. In turn, the decline in profitability was linked to a precipitous decline in the price of crude oil, as well as disrupted shipments of crude oil owing to pipeline capacity constraints.

Investors’ expectations of the future competitiveness of the Canadian business environment compared to that of the United States should therefore exert a strong influence on corporate investment in Canada’s oil and gas sector. In turn, the expectations of investors, as expressed in the financial valuations they place on publicly traded Canadian oil and gas companies relative to their US-based counterparts, provide some insights into the likely long-run investment prospects for the oil and gas industry in Canada compared to the US oil and gas industry.

Financial valuation metrics are frequently employed to identify investors’ expectations about the future profitability of companies. Specifically, the market price of a company’s publicly traded shares relative to measures of a company’s current economic performance such as earnings and revenues is taken to reflect investors’ expectations of future profitability. This study reports and evaluates recent financial valuation metrics for portfolios of Canadian and US oil and gas companies along with historical values of those metrics to identify whether relative assessments of investors in companies listed on the main stock exchanges in each country differ in recent years from those in earlier years. For the period from 2019 to 2021, the valuation metrics, on balance, suggest some improvement in the profitability outlook for Canadian oil and gas companies relative to their US counterparts. However, over the longer period from 2011 to 2020, there was a fairly consistent decline in the relative values of the various financial metrics for Canadian oil and gas companies. Hence, the relative improvement in the profit outlook for Canadian oil and gas companies is quite recent. Indeed, the improvement largely reflects the valuation metrics for 2021.

It is certainly possible that the outlook for a more restrictive regulatory regime surrounding oil and gas exploration and production under the Biden Administration in the United States has, in the view of investors, shifted the relative competitive positions of the industries in Canada and the United States to be more favourable for Canada, on the margin. One must be cautious, however, in drawing strong conclusions from a single year’s (2021) divergence from a decade-long pattern of valuation declines for Canadian oil and gas companies relative to their US counterparts. Investors in the North American energy sector will arguably continue to favour US- based investments if the regulatory and tax regimes in Canada are less favourable to investors than those in the United States.