The Outlook for Inflation and Its Links to Monetary Policy 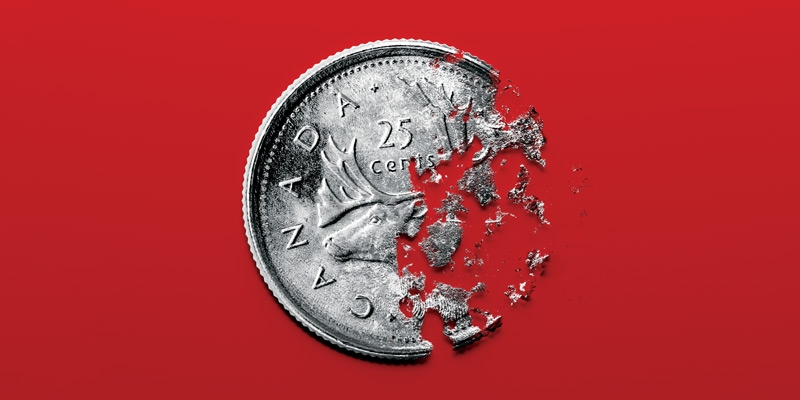 The recent increase in the rate of inflation in Canada and other developed economies has raised a concern among business executives and some policy makers that the increases may not be as transitory as central bankers have proclaimed. Specifically, the position of central bankers is that recent inflation rates above the typical 2%-per-annum target are the consequence of supply-chain disruptions related to COVID-19 and that, once production and distribution activities embedded in global supply chains regain their pre-COVID efficiency levels, inflationary pressures will be attenuated.

Bank of Canada Governor, Tiff Macklem, has assured Canadians that the Bank of Canada will prevent the cost of living from becoming a problem for Canadians, while the Chair of the US Federal Reserve has also claimed that the recent increase in the rate of inflation will prove transitory. While the precise time frame that defines “transitory” has not been made explicit by either central bank, statements by officials of the central banks suggest that they believe inflation will fall back to the pre-COVID rate of around 2% per annum by mid-2022. Conversely, a number of corporate executives and some private-sector economists have argued that monetary authorities are underestimating the potential for sustained inflation if central banks do not reverse the substantial monetary easing they have implemented over the past year or so.

This study assesses the potential for the rate of inflation to remain well above the annual 1.9% (for Canada) and 2.3% (for the United States) average rates that prevailed over the period from 1991 to 2020. In particular, it posits that the potential output of developed economies is likely to grow at a significantly slower rate over the next 10 years than it has over the previous decade. One reason is that the aging of populations in developed economies, including Canada, will contribute to slower growth of the labour force. Another is that increased corporate taxes and government regulations appear increasingly likely political initiatives that will discourage corporate investment, thereby slowing the growth of labour productivity. A third is that Green Energy mandates, however well-intentioned as a antidote to climate change, will necessarily divert resources away from more privately productive investments and raise energy costs over the next decade above what they would otherwise be.

Slower growth of potential output increases the possibility that aggregate demand for goods and services will outstrip the ability of an economy to meet that demand without price increases ensuing. Aggregate demand, in turn, is a function of the amount of money in the economy and of the velocity of money—the rate at which money balances are “turned over” through spending. Following the housing crisis of 2007/08 and the ensuing onset of a significant recession, central banks implemented quantitative easing to promote lending on the part of banks and increased borrowing and spending by households and businesses. However, the decline in household wealth tied to lower housing and stock-market prices, as well as increased risk aversion on the part of lenders seeing a higher probability of defaults by borrowers, kept aggregate demand from expanding as policy makers intended. In effect, households and businesses hoarded their cash savings, which manifested in a dramatic decline in the velocity of money from 2010 to 2020. Furthermore, the reluctance of banks to lend, and of households and businesses to borrow, resulted in relatively slow growth of the money supply given the expansionary policy efforts of central banks.

While the rate at which money balances are changing hands has yet to register a noticeable pickup over the past year, the rate of growth of the money supply has accelerated dramatically. If the velocity of money does start to return to its much higher historical average value, the accelerated growth of the money supply will result in a substantial increase in aggregate demand. Combined with a more constrained ability to expand output, a sustained increase in aggregate demand will put significant upward pressure on prices going forward. Increases in the rate of inflation will, in turn, encourage increases in the velocity of money as businesses and households increase spending in anticipation of higher prices in the future. The potential for an inflationary spiral would become increasingly plausible.

Under these circumstances, if central banks want to ensure that inflationary pressures are indeed transitory, they need to reverse recent monetary policies that have featured unprecedented amounts of direct buying of government bonds and private-sector mortgages. Given the high levels of current public- and private-sector indebtedness and prospects of larger government deficits in the future, central banks will likely face increasing political pressure to suppress increases in nominal interest rates in order to accommodate growing financial requirements driven by expanding government spending. Central bank officials may well find themselves squeezed between the “rock” of government financing needs and the “hard place” of sustained inflation.