A Primer on Inflation 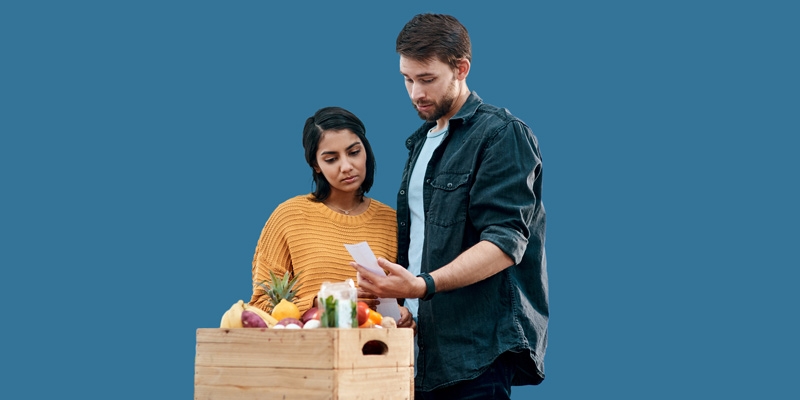 Somewhat over 40 percent of Canada’s current population was born after 1988. Therefore, a substantial proportion of Canadians did not personally experience the prolonged episode of global inflation running from the mid-1970s to the mid-1980s. Indeed, the media has basically ignored inflation over the past 30 years, decades that, until recently, have been marked by low and relatively stable inflation. The sharp increase in the rate of inflation over the past year has brought this public policy issue back to the public’s attention.

While dramatic increases in housing prices across Canada over the past two years have arguably received the lion’s share of media attention to economic issues, rising prices for food, automobiles, and gasoline have also captured public attention and raised awareness among Canadians of the broad-based nature of recent price increases. In response to the recent and persistent rise in inflation, the Bank of Canada raised its policy interest rate in March 2022 by 25 basis points or a quarter of one percent. It also announced other measures to tighten domestic credit conditions as steps toward restoring relative price stability. A large percentage of Canadians have not faced a prolonged period of rising interest rates, including mortgage rates, which reached double-digit levels in the late 1970s and early 1980s. The possibility that economic conditions might repeat those of the 1970s and 1980s is a cause for genuine concern as current inflation conditions prove to be much worse than monetary authorities and private sector economists foresaw at the start of the COVID-19 epidemic.

As participants in the economy as consumers, investors, labour force participants, and voters, Canadians should be adequately informed about the important issues surrounding inflation, particularly as it emerges as a public policy issue of pressing concern. These issues include the accuracy and reliability of standard measures of inflation, the causes and consequences of inflation, and the monetary and fiscal policy instruments used to moderate inflation. This primer is meant to provide an overview and analysis of these important issues, hopefully in a manner accessible to non-technical readers.

Inflation refers to a general increase in the prices of goods and services in an economy. The principal measure of inflation is the Consumer Price Index (CPI). Controversy has surrounded the accuracy of the CPI, including concerns about excluded services such as government-funded health care, as well as the need to adjust for changes over time in the quality of the goods and services it includes. However, available studies tend to conclude that corrections made to adjust for quality changes succeed in mitigating any significant upward or downward bias in the CPI measure.

Empirical evidence supports the relevance of changes in the money supply, changes in velocity, and changes in potential output as determinants of inflation over time. For example, the sharp spike in the price of crude oil in the mid-1970s was an important spur to inflation, while a marked decline in the velocity of money contributed to relative price stability over the past two decades. The growth of the money supply was also an important contributor to inflation in the 1970s and 1980s, and the very rapid growth of the money supply since the outset of the COVID-19 pandemic has certainly contributed to the current inflation problem.

While most economists believe that a low and stable rate of inflation should be the goal of policymakers, there is no agreed-upon optimal rate of inflation. The Bank of Canada has a target for inflation of 2 percent per annum within a band of 1 percent to 3 percent, and the 2 percent per annum policy target is shared by several other central banks. A relatively low and stable rate of inflation enables the price system to play its role of signaling when the output of specific products should be increased while others should be decreased. When prices increase broadly because of inflation, “noise” is introduced into the price signaling system, particularly because inflation does not cause prices to rise at the same pace in all product markets. Misleading price signals contribute to reduced economic efficiency.

Modest and steady inflation also minimizes the redistribution of income and wealth that result in windfall gains for some and windfall losses for others. In this regard, governments are typically major financial beneficiaries of inflation given that a significant portion of the tax base is not indexed to the rate of inflation. As a result, productive resources are transferred from the private sector to the public sector, which further harms productivity growth.

Monetary policy has been the traditional policy tool to maintain low and stable inflation. Until recently, concerns about slow economic growth following the 2007-2008 financial crisis and the COVID epidemic of 2020 have encouraged central banks to keep real interest rates near zero and to ensure easy credit conditions for borrowers including governments. As the traditional policy instrument, i.e., the central bank’s lending rate, approached zero, the Bank of Canada and the US Federal Reserve implemented new policy instruments including quantitative easing and forward guidance. The former involves the central bank buying large quantities of government bonds and mortgages to hold on its balance sheet. The latter encompasses regular public announcements by the central bank of its future policy intentions with respect to monetary policy. As it confronts a renewed inflation problem, the Bank of Canada has begun to increase its policy interest rate, while announcing that it is pausing quantitative easing. Whether the measures to be taken will be sufficiently robust to restore relative price stability is a major question for Canadian businesses and households.