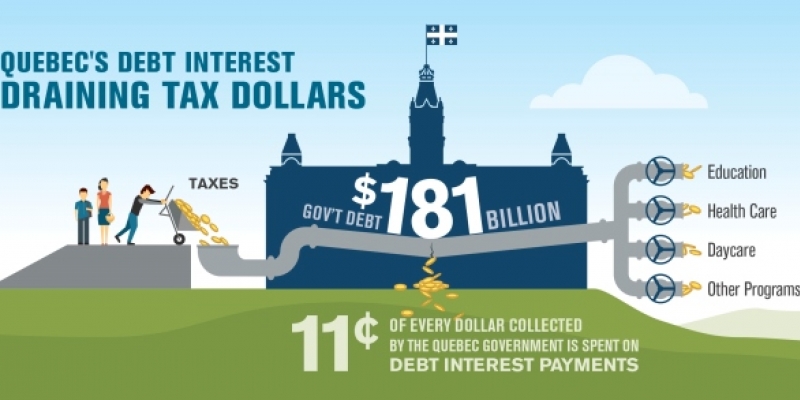 Whether it's economic growth, job creation, the unemployment rate, or investment growth, Quebec has generally lagged other Canadian provinces and even American States. There are many reasons for the province's relatively weak performance but shaky government finances in the form of high debt levels and an uncompetitive tax system are among the most important.

The Couillard government has been forthright about the need to address the province's fiscal challenges and has already taken some important initial steps to balance the budget in 2015/16. If things go as planned, Quebec will end a seven-year streak of consecutive deficits. The new government has also established two independent committees, one—the Ongoing Program Review Committee—to review the effectiveness and efficiency of existing programs and another—the Quebec Taxation Review Committee—to make recommendations to improve the provincial tax system.

However, given the extent of Quebec's debt and tax challenges, large, not marginal, changes are needed and the upcoming 2015 budget is an opportunity to enact bold reforms. This paper measures the extent of the fiscal problems facing the province. In particular, it highlights the dramatic level of government indebtedness and the province's uncompetitive tax system.

The government's latest fiscal plan does not include the fiscal room to take bold action. Reducing program spending and reforming how programs are delivered would free up the resources both to reduce government debt and enact tax changes while avoiding further budget deficits.