Tax and Expenditure Limitations for Canada’s Federal Government: A Primer 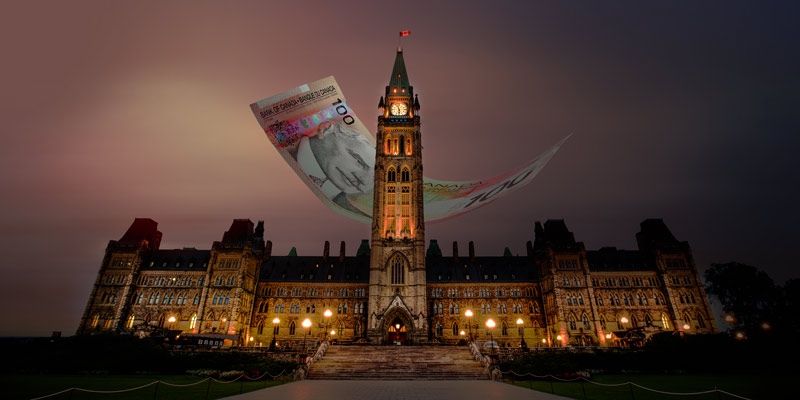 The debate over federal government finances in the wake of the COVID-19 pandemic must focus also on fiscal balance. Restoring balance between revenues and expenditures is technically a simple matter of either reducing expenditures, raising tax revenues, or some combination thereof. However, when it comes to spending, restraint has proven difficult for many governments, in practice raising the issue of whether some type of institutional redesign of the policy process can be developed that places limits on either spending or taxation. Such mechanisms are referred to as Tax and Expenditure Limits (TELs) which serve as tax and expenditure rules.

Tax and expenditure limits restrict the growth of either revenues or expenditures or both by either setting them at a fixed dollar amount or by limiting the growth rate by linking them to the growth of specific economic variables. As of 2020, 33 US states had some type of TEL in place. A key perceived benefit of TELs is that they serve as a restraint on politicians and bureaucrats who often have little incentive to restrain spending in response to pressures from interest groups. A second benefit of TELs is that smaller government can be associated with higher rates of economic growth. For instance, research shows that keeping government expenditure to GDP ratios between 20 percent and 32 percent has historically maximized growth.

One noteworthy type of TEL is a strict restriction on tax or expenditure levels, or, more commonly their rates of growth. This is generally a formula driven approach and the most common mechanism involves restricting expenditure growth to the pace of personal income, GDP, or combined population and inflation growth. Another method is restricting expenditures to a percentage of projected revenue, maintaining a cushion in case revenues fall short of projections. Evidence suggests that effective TELs need to have a high degree of transparency in their construction with tight and clear definitions and few exemptions. As has been noted for the United States, TELs designed and put into place as laws or rules by legislative bodies have tended to be much less effective than those initiated and approved by citizens as part of a change placed into a constitution.

The simulations in this paper model two scenarios for TELs at the federal level in Canada. The first scenario involves a fixed growth rule for expenditures so that they cannot exceed growth in population plus inflation (while assuming a no COVID world). Under this approach, federal expenditures grow from $295.5 billion in 2015–16 to reach $393.2 billion by 2025–26, which is a much smaller increase in spending relative to the projections contained in Budget 2021. Federal finances would improve over time from a deficit of $2.9 billion in 2015–16 to a budget surplus of $39.9 billion by 2025–26.

Of course, such a smooth and simple projection of the path of future fiscal develop­ments does not consider that the economy and fiscal projections are rarely smooth and never simple given the potential for unplanned economic fluctuations. Indeed, over recent years we have experienced both the 2008–09 financial crisis and recession as well as the COVID-19 pandemic which have created large economic shocks that have affected revenues and expenditures. However, it is possible to structure a TEL that allows for a temporary suspension of the expenditure growth rule in the face of an economic shock.

The second scenario ties expenditure growth to changes in real GDP while accom­modating an emergency response when an economic shock such as a recession or COVID-19 occurs. Had the federal government followed this approach since 2015, it would achieve an annual surplus of $4 billion by 2025–26 rather than the current projected deficit of $30.7 billion. Put differently, it was possible for the federal government to deliver the exact same amount of COVID-19 fiscal support as laid out in the 2021 federal spring budget and balance the budget by 2025–26 if it had been more prudent managing finances since 2015.

The simulation shows that at the federal level in Canada, even a modest TEL or fiscal rule can yield a lower trajectory for government expenditure growth, smaller deficits, and lower accumulated deficits relative to a world without the discipline provided by such rules. Moreover, such fiscal rules can even be designed to accommodate the fiscal shocks arising from severe recessions or emergencies. For these reasons, the fiscal performance of the federal government would be better in the presence of TELs or similar rules.