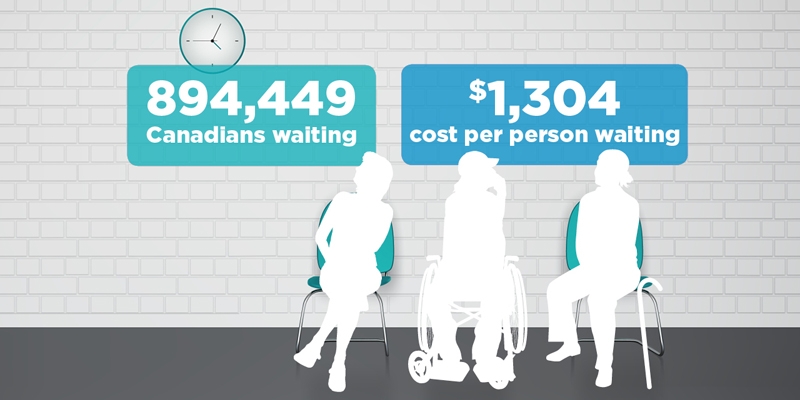 One measure of the privately borne cost of wait times is the value of time that is lost while waiting for treatment.

Valuing only hours lost during the average work week, the estimated cost of waiting for care in Canada for patients who were in the queue in 2015 was almost $1.2 billion. This works out to an average of about $1,304 for each of the estimated 894,449 Canadians waiting for treatment in 2015.

This is a conservative estimate that places no intrinsic value on the time individuals spend waiting in a reduced capacity outside of the work week. Valuing all hours of the week, including evenings and weekends but excluding eight hours of sleep per night, would increase the estimated cost of waiting to $3.5 billion, or about $3,951 per person.