Timely Access to New Pharmaceuticals in Canada, the United States, and the European Union 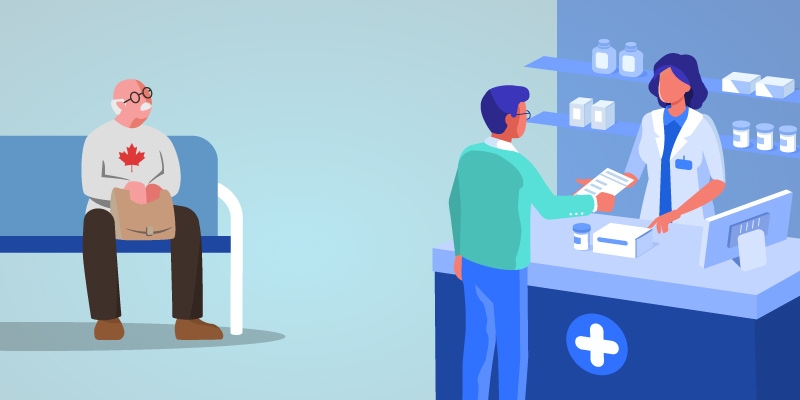 Modern medicines not only treat illnesses that could not previously be treated, but also represent a substitution for older, less efficient, and less effective methods of treatment. Newer medicines can expand access to better health through reductions in adverse events and reactions, and may work better for some parts of the population poorly served by previous advances. Access to these newer (and potentially superior) drugs, however, is not equal across developed countries.

New medicines are only accessible by the public after they have been granted regulatory clearance by a jurisdiction’s responsible body, such as Health Canada, the United States Food and Drug Administration (FDA), and the European Medicines Agency (EMA). Past studies have shown that Health Canada both takes longer to approve medicines (from the time of submission) and approves fewer medicines than its American and European counterparts.

However, a delay in the availability of new drugs in one country in comparison with another can have two sources: a difference in approval time (efficiency) and a difference in when the drug was submitted for approval in the first place. In order to capture the total delay in timely access to new medicines, this study undertakes a drug-by-drug comparison for dates of approval granted by Health Canada, the FDA, and the EMA (including both the European Union’s centralized approval procedure and its mutual recognition approach). We seek to measure the differences between when populations served by these agencies were ultimately granted access to new pharmaceutical products and therapies.

Several reasons for this difference in dates of submission may exist, including differences in market-investment attractiveness because of prevalent intellectual-property protection regimes, the size and sophistication of the potential market of consumers, regulatory controls on drug pricing, and the reimbursement policies practised by public and private insurers. Another reason, more directly related to regulatory activities, is the extra financial burden incurred through user fees and the costs associated with creating a submission for a particular agency.

One way to reduce the loss of potential benefits from earlier (and possibly increased) availability of newer medicines for Canadians, would be to recognize that the approach taken by Health Canada is largely unnecessary. While the potential for harm that accompanies any new medicine on the market may provide justification for regulatory approval in general, Health Canada’s approval process largely duplicates what is already being done (about as efficiently, but much earlier) in the United States and Europe, which means the benefits of this process for Canadians are limited at best. Indeed, as David Paul notes, the procedures and requirements of the FDA are the framework for those used in the European Union and Canada.

All of this means that Canadians are denied the health benefits of many medicines for months, if not years, waiting for their government to duplicate approvals already provided in other jurisdictions. Given the low and similar rate of withdrawal of drugs (at least in the United States and Canada), it can be said that this delay is denying Canadians access to many medicines that will ultimately be found sufficiently safe and effective not to be withdrawn from the marketplace. Canadians also, perhaps as a result of the costs to manufacturers of entering a small and highly regulated market, receive access to fewer medicines in total than their counterparts in other developed nations, leaving Canadians with fewer therapeutic options and potentially worse health outcomes. And, beyond these foregone benefits lie the costs to taxpayers and drug manufacturers of funding this duplicative process.

This provides a strong reason to consider replacing (or augmenting) Health Canada’s mandatory approval process with agreements that recognize approval by comparable international agencies. Under such an approach, approval by the FDA or the EMA could be considered sufficient for market access in Canada. If Canada had such agreements with Europe and the United States (accepting approval from either body as equivalent), patients could have received access to 223 new pharmaceutical therapies (of the 224 in our sample) a median 383 (average 742) days earlier. Patients would also likely have received access to many drugs approved by the EMA or FDA but not available in Canada because they were either not approved by Health Canada or were simply not submitted for marketing approval in Canada at all. The clear benefits of this approach would be a reduction in the costs of entry to the Canadian marketplace and a significant reduction in the delay Canadians endure for access to new drugs.

This process can be implemented while maintaining Health Canada’s ability to provide safety warnings and to require withdrawal of a drug from the Canadian marketplace, as well as Health Canada’s approval process on a non-mandatory basis. Specifically, while approvals by the FDA and EMA could be accepted as sufficient for market entry, they could also be subject to a labeling requirement stating the approval was that of the FDA and EMA and that Health Canada had not approved that particular medicine. This would give Canadians and their health-care providers the opportunity to decide for themselves if they felt Health Canada’s approval process provided additional safety or protection from the risks associated with a new drug. In addition, the resources saved through accepting approvals by the FDA or EMA could be in part redirected towards other critical activities such as more active post-market surveillance of drug safety and better communication of the risks associated with certain drugs.

The delayed approval of pharmaceuticals highlighted in this study are particularly concerning at a time when Canada’s federal government is considering the introduction of restrictive price controls on new pharmaceuticals. Specifically, new legislation intended to come into effect on July 1, 2021, is targeted towards further limiting prices for new pharmaceuticals in Canada via the Patented Medicine Prices Review Board. To the extent that restrictive price controls may have historically contributed to Canada’s relatively delayed and limited access to innovative pharmaceuticals, it is likely that these regulations will further exacerbate the delays identified in this study.