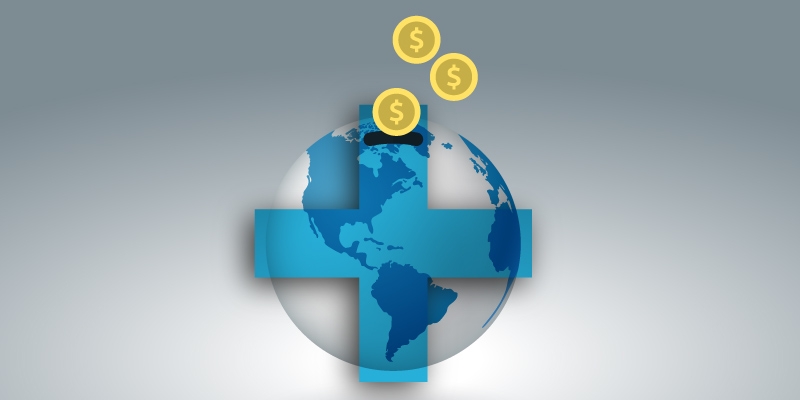 Hospital care in Canada’s provinces today is predominantly funded on a global budget or block-grant basis, under which hospitals receive an allocation of funds each fiscal year to look after patients. An alternative approach—one that has been adopted by nearly all of world’s developed nations with universal access health-care systems—is activity-based funding or having money follow the patient. Under activity-based funding, hospitals are paid a pre-defined amount of money for each patient they care for, based on the patient’s particular condition and important factors that may add complexity or expected cost to their care.

Funding through global budgets is not without its advantages: block-grants are simple to administer and predictable, and provide provincial governments a simple and direct means to control hospital expenditures and hospitals a level of autonomy over the allocation of resources. By disconnecting funding from the volume and quality of services delivered to patients, however, global budgets encourage hospitals to reduce activity levels to avoid exceeding the budget, discharge higher-cost patients earlier to reduce expenditures, and engage in risk-selection where lower-cost patients are preferred and not discharged as readily. Further, since global budgets do not provide hospitals additional funding for treating additional patients, there is a lack of incentives to provide a higher volume of services or treatment of superior quality, or to function in a patient-focused manner.

Activity-based funding, on contrast, by changing patients from cost centres and a drain on the budget to a source of additional financial resources, creates powerful incentives to deliver a greater volume of services and may also promote an improved quality of services and more efficient hospital operations. These benefits are not just theoretical: a wealth of evidence from across the developed world shows that a change to activity-based funding would generate meaningful improvements in the access to, and cost efficiency of, health care in Canada. Canadians could reasonably expect a greater volume of services delivered using the existing health-care infrastructure, reductions in waiting times, reductions in excessive hospital stays, improved quality of care, more rapid diffusion of medical technologies and best practice, and a reduction in waste.

Reform of hospital funding could also be expected to provide greater transparency for hospital spending with opportunities for further improving access by increasing competition among providers for the delivery of care. The introduction of activity-based funding does not imply or require a larger role for the private sector. By clearly identifying the costs of services and substituting patient-driven funding for governmental planning decisions, however, activity-based funding simplifies and makes transparent the process by which access to care can be expanded for all patients in the universal scheme through private competition in the delivery of hospital and surgical services.

This is not to say that activity-based funding may not have drawbacks, including increased administrative complexity for governments and providers. Activity-based funding has also theoretically been associated with risks to the quality of care provided and might create opportunities for providers to inappropriately classify patients in search of additional revenues. Fortunately for Canadians, both pitfalls have been well studied in nations that have undertaken funding reform, providing many effective protections against misuse that could be readily adopted in Canada.

It is noteworthy that Canada’s provincial health-care systems are in a distinct minority in the developed world for not having adopted activity-based funding for hospital care in a meaningful way. Despite at least two major governmental reports recommending reform, Canada’s current experience with money following patients for acute hospital care amounts to an experiment in British Columbia between 2010 and 2013, an attempt at activity-based funding in Ontario beginning in 2012 that has evolved into a complex blended approach dominated by budgets, and a now seven-year-old commitment to reform in Quebec. Decades after reforms were undertaken in other developed nations with universal-access health-care systems, and at a time when some nations are embracing even more sophisticated approaches to money following patients, no Canadian province has embraced a whole-hearted shift to activity-based funding.

Canada’s health-care system provides remarkably poor value for money to taxpayers and leaves patients with relatively poor access to medical services despite its high price tag. Part of the reason for that poor performance is likely Canada’s commitment to an outdated method of paying for universally accessible hospital care. Money following patients is a sensible, evidence-based approach that is likely to generate marked improvements in access and quality for patients, alongside greater value for money for the taxpayers that fund their care.