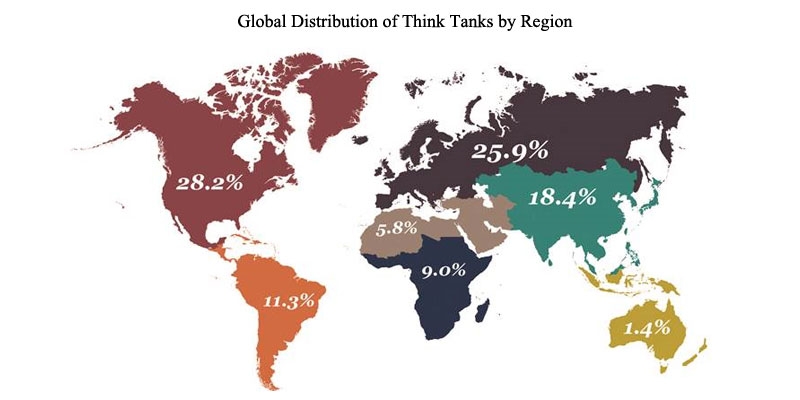 The Fraser Institute is ranked Number One among Canadian think tanks and 17th among all think tanks worldwide, according to the 2015 Global Go To Think Tank Index published by the University of Pennsylvania and released at The World Bank in Washington, D.C.

“Being recognized as one of the top 20 think tanks in the world speaks volumes about the quality of research and programs produced by our diverse staff and senior fellows across Canada and the United States,” said Niels Veldhuis, Fraser Institute president.

“The University of Pennsylvania ranking is validation that the Fraser Institute continues to successfully study and broadly communicate the effects of government policies on the well-being of Canadians.”

The annual index ranked nearly 100 Canadian policy-oriented organizations (think tanks) in Canada this year and 6,846 think tanks from around the world.

In addition to its overall ranking, the Fraser Institute ranks:

This year’s launch of the University of Pennsylvania’s Global Go To Think Tank Index involves more than 100 think tanks in approximately 50 countries focusing on the theme Why Think Tanks Matter to Policy Makers and the Public, and highlighting the important contributions think tanks make.

While the Fraser Institute plays a critical role within Canada, it also leads a global network of independent think tanks in 91 countries through its Economic Freedom Network. Fourteen other members of that network ranked among the top 175 think tanks in the world in this year’s Global Go To Think Tank Index, including:

“We would like to congratulate all of our partners around the world who work tirelessly, and often under very difficult circumstances, to educate people on the hugely positive impact that greater economic freedom has on prosperity and social progress,” Veldhuis said.