More deficit spending not the answer for Ottawa

The 2007/08 recession knocked many Canadian governments off the sound policy footing of balanced budgets, falling debt levels, and tax relief. After a sustained period of deficit spending, the federal government now seems poised to balance the budget.

Government is the single most pervasive institution of modern life and its programs are important to our quality of life. While government spending around the world has grown, more and larger government is not always associated with better outcomes.

With the holiday season now behind us, the oncoming flood of credit statements to Canadian households is a powerful reminder that there are no free lunches. Borrowing to pay for current consumption brings interest payments, and ultimately, the need to pay off principal balances. Most Canadians are intimately familiar with this reality when it comes to their household finances. But this same reality also applies to governments. As taxpayers, Canadian families are also responsible for interest on government debt. And these payments are significant.

Allegations of expense scandals in the Senate have shocked many Canadians and rightfully so. Although unsettling, such antics are not an isolated case; they are part of a larger institutional problem with government. 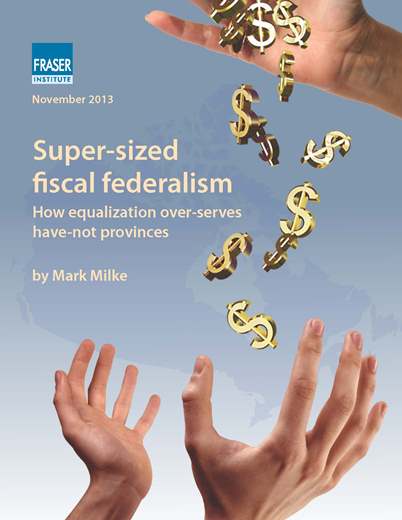 Federal Government Failure in Canada, 2013 Edition: A review of the Auditor General's reports, 1988-2013

Canada is a country, not a set of provincial fiefdoms

When Christy Clark recently asserted British Columbia didnt need the federal government and also said we don't need Alberta, the B.C. premier demonstrated why Canadas founding fathers were concerned about provincial politicians: when they think in isolation, such premiers harm the interests of all Canadians.

The context of Clarks election-time remark was how BC could become an energy superpower if more natural gas was developed and delivered through pipelines, as opposed to allowing oil pipelines to crisscross British Columbia more than they already do.

Spending Beyond Our Means; Sticking it to the Next Generation

Over the course of the past several months, outgoing Bank of Canada Governor Mark Carney and Federal Finance Minister Jim Flaherty have repeatedly warned that Canadians are spending beyond their means and taking on too much debt.

A concern of the Bank of Canada...has been the pace of growth of household debt Carney recently noted. Minister Flaherty added, While interest rates are currently low by historical standards, eventually they will rise. Canadians should. understand this when taking on significant debt

The key litmus test for the Harper governments 2013 budget was always going to be how realistic it was with respect to achieving a balanced budget by 2015-16. The governing Tories have staked both their economic and political credibility on being able to balance the budget. The current plan, which mirrors previous budgets, relies on controlling the growth in spending and hoping revenues increase sufficiently to balance the budget.