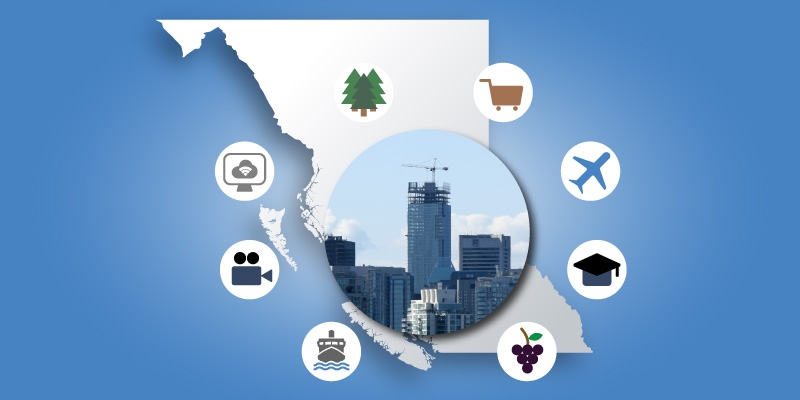 Over the past decade the British Columbia economy has enjoyed a faster rate of real (inflation-adjusted) economic growth than have Canada’s other nine provinces, on average. Indeed, from 2010 to 2018, BC’s real gross domestic product (GDP) grew at almost twice the average growth rate of Canada’s other provinces. British Columbia’s population also grew at a substantially faster rate than the average for other provinces, although the difference was not as marked as in the case of real GDP. Hence, the BC economy experienced an increase in real GDP per capita compared to the rest of Canada.

Examination of capital expenditure patterns supports what media reports and other commentaries have suggested. Namely, the province’s economic growth over the past decade has been highly leveraged to residential housing construction and industries related to the housing sector such as real estate brokerage and mortgage services, architectural services, furniture and appliance producers, and the like.

Notwithstanding the province’s above-average rate of economic growth, average hourly wages of full-time and part-time employees in British Columbia actually increased at a slower rate than in other provinces, on average, from 2010 to 2019. The data therefore suggest that other factors of production besides labour benefitted disproportionately from the province’s residential housing boom, primarily owners of land and shareholders of companies that are linked to the residential housing industry.

The province’s heavy reliance on residential housing as its driver of economic growth has made for an industrially unbalanced growth dynamic. Hence, any future downturn in the residential housing sector would have a particularly marked adverse effect on the BC economy. Furthermore, the fact that capital investment in productivity-enhancing assets such as machinery and equipment and intellectual property in the province lagged such investment in the rest of Canada, on average, suggests that the competitiveness of non-real-estate-related industries in British Columbia will be at a growing disadvantage compared to other parts of the country in the years ahead.