Canada and U.S. must make policy U-turns to mitigate recession 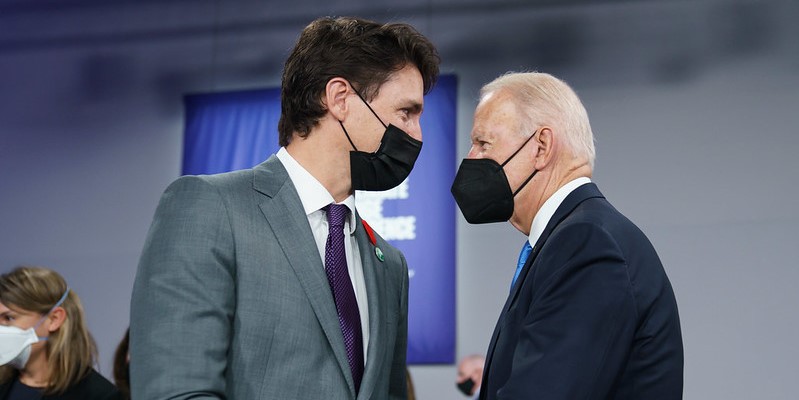 There are increasing signs that Canada, like most western countries, is heading for a recession, if we’re not in one already. But Canadian governments, particularly federally, can minimize this recession’s severity by reversing policies that have contributed to it. Same is true for the Biden administration in the United States. The question is whether governments on both sides of the border have the humility to admit past mistakes, the fortitude to challenge influential interest groups, and the economic understanding of why reversals are needed.

Monetary policy has been far too accommodative for too long. Corrections are underway (e.g. higher interest rates) and will likely continue, which will weigh on the economy and the well-being of Canadians and Americans for the foreseeable future.

Fiscal policy in both countries has also been far too stimulative for too long. Policymakers must align fiscal policy with current monetary policy and constrain government spending financed by debt to ease the burden on central banks to address inflationary pressures.

At the same time, to address immediate economic problems and pave the way for longer-run prosperity, both countries need fiscal policies that encourage increased labour-force participation and promote investment and entrepreneurship. This requires a reorientation away from the current policy emphasis on redistributing existing income and towards encouraging the growth of income. Reducing marginal personal income tax rates, business taxes and the capital gains tax rate would encourage workers to increase their participation in the labour market and stimulate increased investment by businesses and entrepreneurial innovation.

Both countries also must undertake dramatic regulatory reforms, particularly with respect to the oil and gas sector. In Canada, this means undoing regulations that impede large infrastructure projects (including pipelines), prohibit shipping of bitumen off the west coast, increase the carbon tax and arbitrarily cap greenhouse gas (GHG) emissions for the oil and gas sector (the cap does not apply to the remaining three-quarters of GHG emissions from other sectors). If Ottawa enacted these reforms, it would encourage domestic production of oil and gas, as well as exports, which would eventually lower prices and ease inflationary pressure.

In the U.S., the federal government could re-authorize the Keystone XL pipeline, eliminate all new regulations and permitting requirements imposed by the Biden administration and push for approving export facilities.

The policies we propose closely resemble the “supply-side” economic policies implemented in many countries including Canada and many provinces/states over the years, which helped promote longer-run economic growth. While both the Trudeau government and Biden administration have derided these policies, if Canada and the U.S. suffer significant and protracted recessions, public pressure for growth-oriented policies will mount, creating an environment where such policies can be implemented. Enacting these fiscal and regulatory policies will lessen the severity of the monetary actions needed to restore price stability while encouraging a return to the higher economic growth rates both countries enjoyed decades ago.

The current economic crisis reflects past monetary and fiscal policy mistakes that cannot easily be undone. However, there are proven policies to correct those mistakes available to politicians with the courage to implement them.