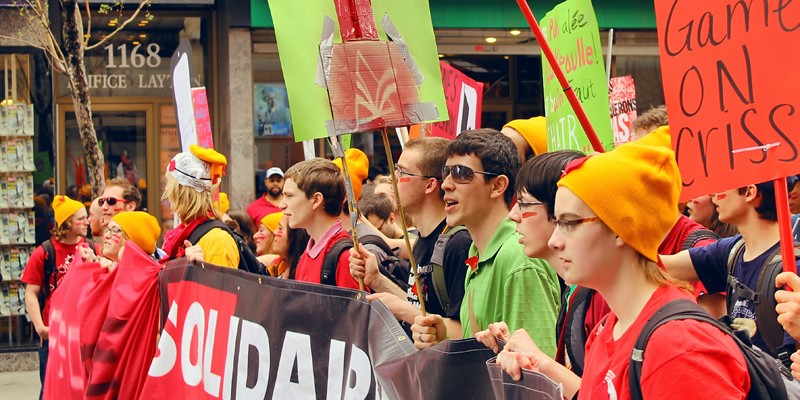 It might be hard to believe, but one of capitalism’s biggest proponents predicted it wouldn’t survive—and that socialism would replace it. Looking at the changes in the world today, it’s hard to argue this prognosis isn’t coming true.

In Canada and beyond, government continues to grow rapidly as a share of economic activity—whether it be spending, taxation, debt or regulation—displacing individual choice and the private sector in daily economic affairs. Concentrated interests increasingly use government to lessen competition and secure favours at taxpayer expense. And on college campuses, students and faculty have become increasingly hostile toward capitalism and private ownership, and more positive toward the notion of socialism.

The prognosticator—Joseph Schumpeter, one of the early 20th century’s most influential economists—is best known for popularizing the term “creative destruction” where new entrepreneurial innovations arise and cause the old way of doing things to disappear (digital music replacing compact discs, for example). Schumpeter viewed the continuous introduction of new goods, services and methods of production as the primary source of improvements in living standards.

His most famous book, Capitalism, Socialism and Democracy (published in 1942), contained his pioneering description of creative destruction and prognosis that socialism would replace capitalism. Schumpeter discussed his agreement with the similar prediction of socialist writer Karl Marx but was also clear that his view of both the causes and desirability differed.

While Marx believed the end of capitalism would come in the form of a working-class revolt due to capitalism’s failures, Schumpeter believed capitalism’s very successes would destroy the system from within. Rather than Marx’s view that the transition would improve living standards, Schumpeter thought it would lead to economic decline and stagnation.

Schumpeter saw several factors eventually causing the demise of capitalism. First, he believed the process of innovation would become entrenched in the routine operation of large firms such as Apple or General Electric. Progress would then no longer be so visibly attributed to the innovative actions of entrepreneurs as emotionally unattached employees, managers and shareholders of large bureaucratic firms replaced small entrepreneurs and their employees who once directly felt vested in capitalism and property ownership. Children would aspire to be doctors or politicians, but no longer entrepreneurs.

Second, Schumpeter saw the business failures that accompanied creative destruction as causing workers and businessowners to seek greater government intervention in the economy to protect their jobs and business profits. These entrepreneurs who benefitted from the competitive marketplace of capitalism themselves would lobby for government to limit competition and regulate industrial structure. Crony capitalism ensues when politically connected large businesses prosper due to the favours politicians grant them in exchange for votes, campaign contributions and other forms of political support.

Schumpeter’s final reason puts him most in contrast with Marx. Unlike Marx’s view that capitalism exploits and impoverishes the average person, Schumpeter believed the enormous productivity of capitalism would churn out the goods needed for basic consumption, freeing up labour from the fields and factories to enjoy a leisurely life in the new modern intellectual class of academics, journalists and bureaucrats. This new intellectual class would be so separated and removed from the actual process of entrepreneurship and production, they would turn against its very philosophical foundations and institutions. Not understanding the roots of their very own condition, they spend their daily efforts deliberately working to undermine the systems of private property, private contracting and markets. They condemn capitalism as a foregone conclusion and view any pro-capitalism position as illogical and anti-social. Discussion among intellectuals would require the condemnation of capitalism as “virtually a requirement of the etiquette of discussion”—a prediction many believe has come true on university campuses and in mainstream media in Canada, the United States and beyond.

Until people once again celebrate and aspire to the creative genius of entrepreneurship and recognize that markets and the system of private property and unfettered market competition have saved them from poverty-stricken farm and factory work just to survive, we remain solidly on the path Schumpeter predicted.