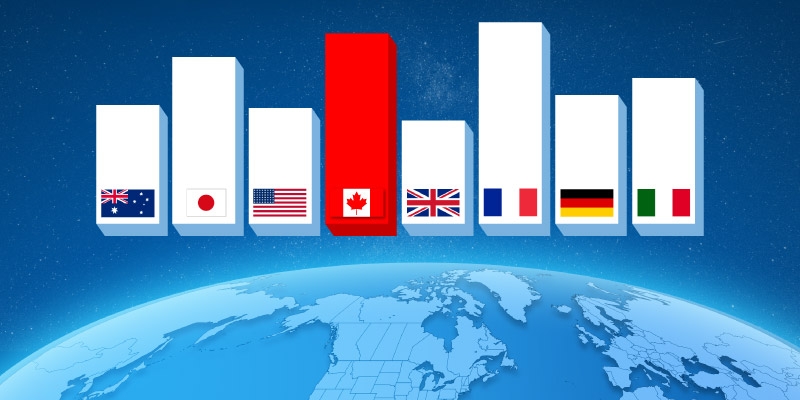 In December 2015, Canada’s new Liberal government introduced changes to Canada’s personal income-tax system. Among the changes for the 2016 tax year, the federal government added a new income-tax bracket, raising the top tax rate from 29% to 33% on incomes over $200,000. This increase in the federal tax rate is layered on top of numerous recent provincial increases. Starting with Nova Scotia in 2010, at least one Canadian government has introduced one (or more) new personal income-tax brackets with higher tax rates in every year except 2011. Over this period, seven out of 10 governments in-creased tax rates on upper-income earners. As a result, the combined federal and provincial top personal income-tax rate has increased in every province since 2009.

The federal and provincial increases to Canada’s marginal income-tax rates from 2009 to 2016 have put the country at a greater competitive disadvantage for attracting and retaining skilled labour and, less directly, investment and entrepreneurs. Even before the changes, the country’s combined federal and provincial top marginal tax rates compared unfavourably to those in the United States and other industrialized countries.

The fact that Canada’s top tax rates are often applied to lower levels of income than is the case in other countries further erodes our tax competitiveness. To adjust for differences in income thresholds, we compare the combined statutory marginal tax rates at various income levels in Canadian dollars for each Canadian and US jurisdiction. At an income of CA$300,000, the highest threshold in which a Canadian combined top rate is applied, Canadians in every province face a higher marginal income-tax rate than Americans in any US state. Results are similar at an income of CA$150,000 and Canada’s marginal tax rates are also uncompetitive at incomes of CA$75,000 and CA$50,000.

Taken together, Canada’s personal income-tax rates are decidedly uncompetitive compared to those in the United States. And, Canada also competes with other industrialized countries for highly skilled workers and investment. To measure the competitiveness of Canada’s top tax rates, the study compares the combined top statutory marginal income-tax rates with rates in 34 industrialized countries. In 2014 (latest year of available international data) Canada had the 13th-highest combined top tax rate out of 34 countries. The federal change to the top rate in 2016 has markedly worsened Canada’s competitive position. The new 2016 Canadian top tax rate (53.53%) is sixth highest relative to the 2014 international rates.

Canadian governments have put the country in this uncompetitive position, in part, to raise more revenue as they grapple with persistent deficits and mounting debt. However, the tax increases are unlikely to raise as much revenue as governments expect since taxpayers—particularly upper-income earners—tend to change their behaviour in response to higher tax rates in ways that reduce the amount of tax they might pay. Federal and provincial governments would do well to consider reversing the trend towards higher marginal tax rates on upper-income earners, and lower personal income-tax rates.