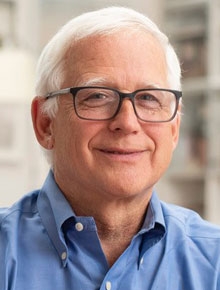 David R. Henderson is an emeritus professor of economics with the Naval Postgraduate School in Monterey, California, a research fellow with the Hoover Institution, and a senior fellow of the Fraser Institute.

Professor Henderson is a widely respected public policy expert and educator. He is also the editor of The Concise Encyclopedia of Economics, a comprehensive but accessible summary of economics.

Born and raised in Canada, Professor Henderson earned a B.Sc. degree in mathematics from the University of Winnipeg before heading south to complete his Ph.D. in economics at the University of California, Los Angeles.

Professor Henderson served as a senior economist on President Reagan's Council of Economic Advisers from 1982 to 1984, specializing in energy and health policy.