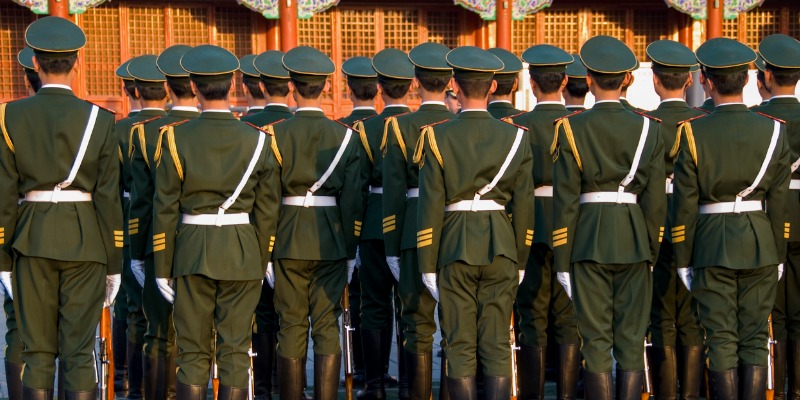 Since 2008, freedom has declined for four in five people globally, according to 2021 Human Freedom Index (HFI). And that’s the good news. The report, which we co-author, is based on 2019 data, the most recent comprehensive data. The skies have since darkened.

The HFI, the broadest available freedom index, measures economic and personal freedoms, including security and the rule of law, both needed to protect the freedom of all and enable people to safely exercise their freedom.

The decline in freedom is wide-ranging. It affects countries large and small, dictatorships and democracies, and all regions of the planet. The freedoms that have declined most are speech, religion, and association and assembly. Yet there’s a silver lining in these darkening skies.

Although in decline, freedom across the globe is higher now than at any time in human history prior to the late 20th century, when the iron curtain fell freeing hundreds of millions; African dictatorships gave way to elections; Latin America’s young democracies began opening their economies; Asian nations like Indonesia and the Philippines eased suppression; and China, home to more than a billion people, continued its liberalization. Most countries now backsliding are freer than they were two generations ago.

Yet today, much of the good news is bad. Look at the five countries where freedom most increased between 2008 and 2019: Myanmar, Sri Lanka, Tunisia, Ethiopia and Armenia.

Myanmar and Tunisia have since suffered military coups; Sri Lanka’s former leaders, accused of human rights crimes, have returned to power; Ethiopia has fallen into a gruesome civil war (after its newly elected prime minister Abiy Ahmed was awarded the Nobel Peace Prize in 2019), and Armenia lost a destabilizing war with Azerbaijan, which may have negative consequences for freedom internally.

Many East Asian countries—Japan, South Korea, Taiwan and Mongolia—had stable or rising levels of freedom. But most East Asians live in China, and the Chinese Communist Party has intensified its repression since 2019.

In South Asia—a vast region including countries such as Bangladesh, Bhutan, India, Pakistan, Nepal and Sri Lanka—only Bhutan escaped growing repression since 2019. Sub-Saharan Africa suffers instability in the Horn of Africa and, in the Sahel, uprisings, coups and growing Islamic insurgences. All of this will damage freedom going forward.

For full disclosure, both authors’ countries, the United States and Canada, have suffered comparatively smaller losses in freedom, though they face threats going forward. Government is growing rapidly in both countries, squeezing space for free exchange. Political polarization, particularly in the U.S., will almost certainly continue to have negative consequences for freedom.

Reasons for freedom’s decline vary. In some cases, democratically elected leaders are aspiring autocrats, amplifying their power by suppressing opposition, speech, assembly, and even religion and relationship freedom, as in the Philippines, Turkey, Hungary, Mexico and Poland. In other countries, autocratic leaders have intensified their attacks on freedom. Russia, China, Nicaragua, Egypt and Venezuela are on this track.

A malign form of populism often provides the engine. Populism is an appeal to the interests of “the people” but at its worst it also identifies “the enemies” of the people—the elites, the wealthy, experts, the media, racial and religious minorities, changing social mores, immigrants and refugees, and foreign nations. These “enemies” are used to justify increased repression so leaders can “protect” the people and suppress their enemies.

The pandemic has not helped either. Since 2019, governments around the world have resorted to extraordinary measures to address the health crisis, often using them to violate basic liberties such as freedom of expression or assembly.

We hope the HFI will help us better understand these and other trends, their causes, and the conditions under which freedom rises and recedes. That task is especially important because freedom is closely linked to all manner of improvements in human wellbeing.

Freedom waxes and wanes over time. Its current setback need not become permanent or prolonged if its inherent value and benefits are more widely and better appreciated. If the past is any guide, the human desire for freedom and the failure of suppression to produce better lives and its often self-destructive aggression can help reverse the current backsliding. A reliable measure of freedom may help speed that process.