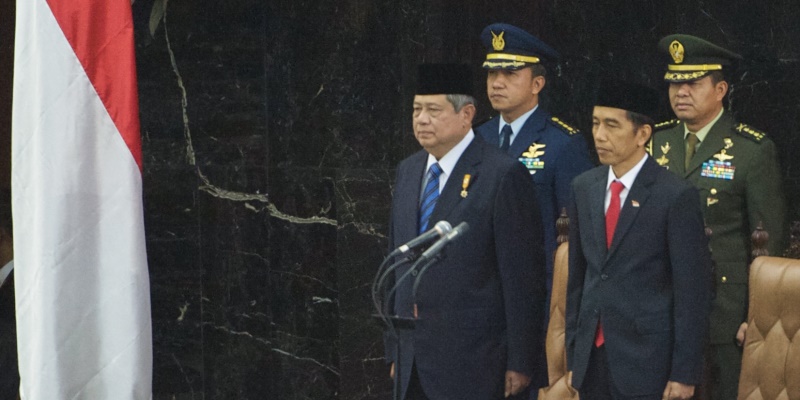 Indonesia is at a crossroads for its oil and gas industry. It can let the industry slowly die, or change course and build a dynamic economic force that enhances tax revenues, creates high-paying jobs and boosts the country’s high-tech sector.

The decline in Indonesia’s oil industry has been dramatic. Investment plunged from US$14 billion in 2011 to $10.2 billion last year. All major international oil companies declined to bid on new exploration blocks put up by the government this spring. Crude oil production declined from 952 million MBOPD (thousands of barrels per day) in 2011useruseer to 825 last year while gas production declined from 8,415 million standard cubic feet per day in 2011 to 7,621 last year. And Indonesia now produces only half its oil needs despite its abundant energy reserves.

The casual observer might attribute this to the fall in oil prices, yet Malaysia (with similar geology) continues to attract investment, new money is flowing into the North Sea and billions of dollars are flooding into U.S. exploration. All these places face the same oil price and difficult geology or diminishing known reserves, just like Indonesia, but all see new significant new investment.

The reason for Indonesia’s decline is straightforward: policy confusion that frightens investors. This is good news in a way. Bad policy can be fixed (and rather easily) but bad geology remains bad geology.

The key problem is uncertainty. Regulations and tax rules for the energy sector have been written and interpreted in such a foggy way that investors are afraid to put money down. They don’t know how much in taxes they will pay and don’t know if some obscure regulatory interpretation will shut them down, destroying their investment.

Some Indonesian officials claim recent reforms will boost Indonesia’s ranking in the 2018 survey, but the reforms themselves so lack clarity that they reinforce the very fears that drive investment away from Indonesia. Improvement, if any, is likely to be minor.

This is a pity because Indonesia does much better in other competitiveness rankings, usually in the upper half and sometimes in the upper third. In the Fraser Institute’s economic freedom index, Indonesia ranks 73rd out of 159 jurisdictions, 72nd out of 190 in the World Bank’s Doing Business index, and 41st out of 138 in the Global Competitiveness Report.

Indonesia’s President Joko Widodo (pictured above, front right) seems to have gotten the message from potential investors. At the recent 2018 Indonesian Petroleum Association convention, he said: "I told the [Energy Ministry] that our regulations are still not conducive… The regulations should be axed and simplified… Our production keeps declining, and we keep importing oil.”

Of course, some resource nationalists or environmentalists will disagree with the president and argue Indonesia should leave the resources in the ground or under the sea. This is a huge misunderstanding of how countries develop, become prosperous, create better lives for their citizens and strengthen themselves.

For example, Canada is a resource country. We became one of the most prosperous countries on the planet not by hoarding our resources and discouraging investment but by building on our resource birthright and creating a favourable environment for investment.

If President Widodo gets his way and recharges the oil and gas industry, Indonesia can count on greater tax revenues to fund, among other things, badly-needed infrastructure as Canada did. The lives of thousands of families will be transformed as high-paying, skilled jobs are created. And Indonesian companies will get a huge boost in servicing renewed oil and gas activities, helping the country develop its own advanced industries.