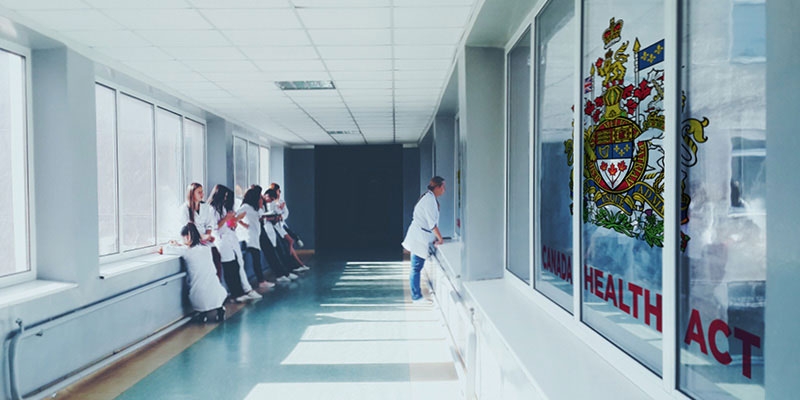 A recent tweet prompted what one journalist dubbed a “Canadian love-in for public health care.” Nathan Rubin, the founder of “a podcast aimed at young American progressives,” tweeted that “[m]illennials don’t hear socialism and think about the USSR or the Cold War. We hear socialism and think about Canada, Switzerland, health care, social security, affordable college, and affordable housing. Big generational difference.”

Twitterati from all sides of the spectrum chimed-in to either criticize Nathan for his desire for socialized medicine, or vaunt its benefits. Predictably, the discussion soon descended into base comparisons between Canadian and American approaches to health care—both of which are widely considered to be expensive and inefficient.

Lost was the fact that the original tweet contained a far more appropriate comparison—Canada vs. Switzerland.

Both countries share the goal of universal access. However, they take drastically different approaches toward that goal. Unlike Canada’s government monopoly over funding and delivery of health care, residents in Switzerland must purchase health insurance packages from one of a number of public and private insurers who compete in a regulated (yet competitive) market.

In Canada, most hospitals are technically private not-for-profit institutions. However, they are governed largely by a political process, given wage schedules, and beholden to prospective global budgets, which limit the number of operations they can perform—often resulting in rationed care.

By contrast, hospitals in Switzerland, whether public or private, compete with one another for patients under the universal money-follows-the-patient funding model where there’s little difference between the two types of hospitals from the insurer or patient perspective.

Another stark difference between the two countries—their attitudes towards cost-sharing. Canada is among a minority of universal health-care systems in not expecting patients to share directly in the cost of medically necessary treatment. On the other hand, patients in Switzerland can expect to pay the first 300 franc (equal to roughly C$400) of their medical bills before insurance kicks-in. And 10 per cent of the cost of their treatment, up to a maximum of 700 franc (roughly C$930) per year.

A recent study by the Fraser Institute compares the costs and performance of each system.

After adjusting for age, Switzerland spent 11.9 per cent of its GDP on health care in 2015 compared 10.6 per cent in Canada. However, it also outperformed Canada on several important indicators. For example, on an age-adjusted basis, Switzerland had 4.1 physicians per thousand population, compared to Canada’s 2.7. It also had more beds (3.7 vs. 2.1 per thousand), MRI scanners (20.5 vs. 9.8 per million), and reported a lower (better) rate of mortality amenable to health care (52.8 vs. 74.0 per hundred thousand).

These comparisons do not prove that Switzerland is the best, or only example, of universal health care done right. In fact, Canada can learn valuable lessons from other universal care countries including Germany, the Netherlands, Sweden, France, Australia and Japan.

Instead of Twitter tiffs based on whose anecdote fits best in 140 characters, let’s look at the 28 other universal health-care systems around the world, identify those that outperform us, and learn from them. Somewhat ironically, Switzerland—which had been grouped together with Canada in Nathan’s original tweet—is a good place to start!