Appeared in Business in Vancouver, March 5, 2020 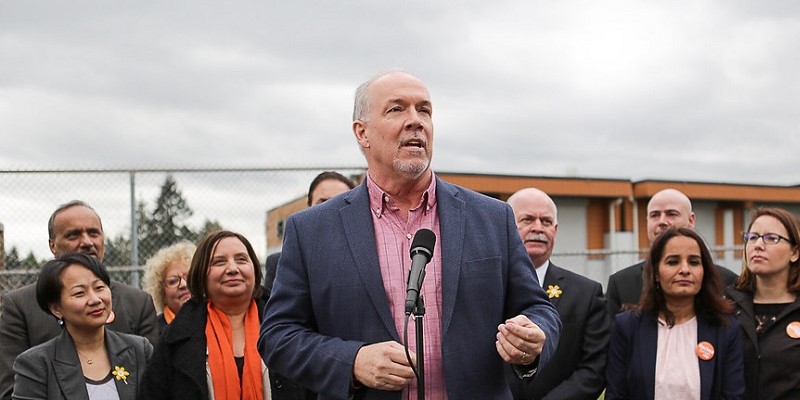 In light of the latest provincial budget tabled last month, it’s now clear that the current B.C. government, like its federal counterpart, is not interested in competitiveness—that is, making sure the province is competitive and attractive to entrepreneurs, professionals, businessowners and investors is not a priority. This failure to focus on competitiveness will inevitably adversely affect the economy and all British Columbians.

The budget, released earlier this week, should have solidified provincial finances in the face of a slowing economy and ensured competitiveness. It did neither. Instead, it assumes economic growth of 2.0 per cent with the slimmest of margins to achieve a balanced budget. Any slowing of growth will easily throw the province into deficit, which will be on top of the capital borrowing already planned by the government. Indeed, the budget expects provincial debt (net of financial assets) to increase from $44.5 billion to $58.7 billion over the next three years.

On the key issue of tax competitiveness, the budget failed miserably. First, the Horgan government ignored repeated calls to make the province’s business taxes more competitive. The business income tax rate in B.C. (12 per cent) will be 50 per cent higher than next-door Alberta’s comparable rate (after Alberta’s reductions come into full effect and its rate drops to 8 per cent). Indeed, B.C. actually has the highest effective (all-in) business tax rate on new investment.

Simply put, it will be more difficult to attract top talent—again, professionals, entrepreneurs, businessowners and investors—to the province with such an uncompetitive tax rate. And it could get worse. While speculative, there’s an expectation that reform-minded Alberta Premier Jason Kenney will lower personal income tax rates in the near future, perhaps even returning that province to the country’s only single-rate tax (10 per cent). This would mean B.C.’s rate would be more than double the potential comparable rate in Alberta.

And unfortunately, B.C. has suffered from a lack of competitiveness with neighbouring Alberta before. Late Alberta premier Ralph Klein once joked that B.C. premiers were among his best cabinet ministers because B.C.’s uncompetitive policies made it easier for him (i.e. Alberta) to attract top talent and investment.

Finally, the B.C. government claims the tax increase will only affect a small portion of the population, but in reality, its effects will ripple throughout the economy. To improve the quality of life for British Columbians, economic growth rates must be higher, which means encouraging (not discouraging) productive economic activity such as entrepreneurship, innovation, investment and work effort through lower—not higher—tax rates.

Tax increases will reduce B.C.’s competitiveness and impair the province’s economic prospects. If the B.C. government wishes to increase the prosperity of all British Columbians, it must focus on improving economic growth and lowering tax rates.