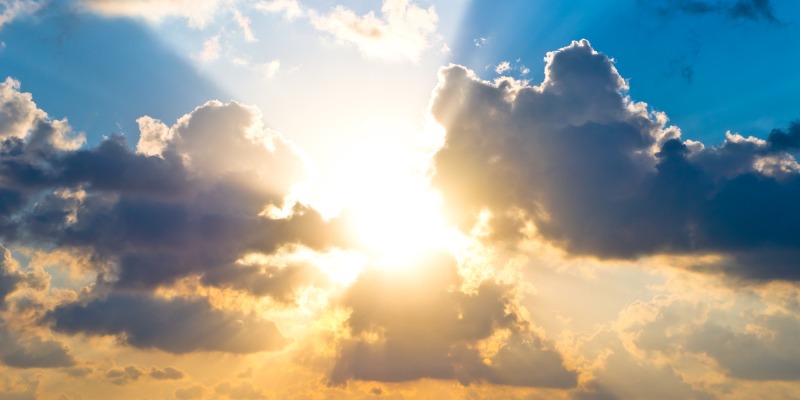 On its first day in office, the Biden administration cancelled the Keystone XL pipeline and in April hosted the “Leaders Summit on Climate,” a gathering of presidents, prime ministers and other leaders to discuss climate policy. This is all part of a global policy agenda kickstarted by a 2018 “Special Report” issued by the United Nations’ Intergovernmental Panel on Climate Change (IPCC). The UN report, titled Global Warming of 1.5°C, was commissioned to study the potential benefits of limiting warming to 1.5 degrees Celsius, rather than the 2.0°C target stated in the Paris Agreement.

But rather than try to justify the more aggressive target, the UN report did not conduct a cost-benefit analysis and took the 1.5°C target as externally-given. For the most part, the UN report simply compared the model-projected climate impacts of 2.0°C warming versus 1.5°C, and not surprisingly concluded that the former would be larger. It did not show that the benefits of the policies required to achieve the more stringent target would be worth the costs.

So before we rush into extreme policy responses and further limit access to the energy we depend on every day, we need careful cost-benefit analyses. Fortunately, these analyses have been done in the mainstream economics literature—in a new study published by the Fraser Institute we show they do not support the 1.5°C target.

Back in 2018, on the same weekend that the UN released its “Special Report,” Yale economist William Nordhaus won the Nobel Memorial Prize for his work on the economics of climate change. Major media outlets treated the two events as complementary, assuming Nordhaus’ work supported the 1.5°C goal. On the contrary, his modeling work estimated that the 1.5°C ceiling would be so harmful that it would be better for humanity if governments did nothing at all rather than pursue such a draconian policy. In the table below we reproduce some of Nordhaus’ key estimates.

In the table, we see that Nordhaus’ 2016 modeling run estimated there would be $134.2 trillion (in present-discounted dollars) of climate change damages if the governments of the world did nothing to limit emissions. In contrast, if governments implemented what Nordhaus recommends as the optimal carbon tax, then climate change damages would drop to $84.6 trillion, but conventional economic growth would suffer by $20.1 trillion for a net benefit (relative to the baseline) of almost $30 trillion.

However, if policymakers tried to limit global warming to 2.5°C, the economic costs swamp the extra reduction in climate damages. Nordhaus estimated that this policy goal would actually be $43.2 trillion worse than the “no controls” baseline. To be clear, this estimate is for the target of 2.5°C; Nordhaus didn’t evaluate the more draconian goal of limiting global warming to 1.5°C, for which the cost/benefit results would have been even less appealing.

Besides Nordhaus’ work, we can consider the “social cost of carbon,” which is the present-discounted value of future damages caused by the emission of an additional metric ton of carbon dioxide. The Biden administration’s EPA in February 2021 estimated the social cost of carbon for the year 2030 at $62. According to standard principles of policy analysis, this is the most we should pay per ton of emissions reductions. Yet the UN “Special Report” admitted the policies needed for achieving the 1.5°C goal would have costs ranging from $135 to $5,500 per metric ton, which are 2 to 89 times the benefits.

The “Special Report” (again, published in 2018) also claimed that warming would have much larger impacts than the IPCC’s 2014 Fifth Assessment Report projected. But it’s not that the IPCC experts changed their minds, it’s that the IPCC changed their experts. Notwithstanding the similarity of the topic and the short interval (only four years) between the two reports, the UN picked a very different team of authors for the Special Report on 1.5°C. Comparing the relevant chapter from the Fifth Assessment Report to that of the “Special Report,” there was no overlap between the coordinating lead authors, lead authors, review editors or chapter scientists, and among the 69 contributing authors to the “Special Report” chapter, only one also contributed to the Fifth Assessment Report’s chapter on climate change impacts.

Finally, in our Fraser Institute study we show that the “Special Report” chose to highlight two recent studies in the literature that claim very large economic impacts from warming. In doing so, the “Special Report” authors overlooked other contemporary studies that confirmed the earlier IPCC consensus—the two new studies have been criticized on methodological grounds, and other papers in the literature failed to confirm their findings.

Mainstream economists have shown that the 1.5°C policy target will pose costs that far exceed the benefits, and the emission reductions flowing from adherence to the 1.5°C target would be worse than doing nothing at all. It’s ironic that those who demand we “follow the science” have so completely disregarded the peer-reviewed literature on the economics of climate change.