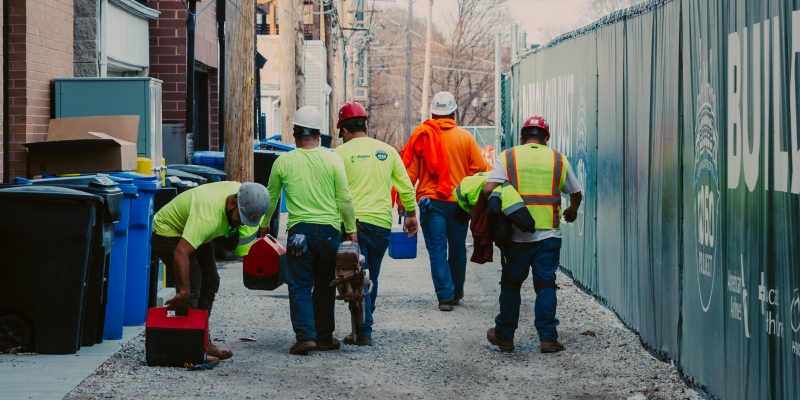 As part of the $52 billion aid package to support Canadian workers and businesses, which the House of Commons and Senate approved Wednesday, small businesses will be eligible for a temporary wage subsidy to help prevent layoffs. The $3.8 billion program will provide up to $25,000 in subsidies per employer.

But will a subsidy equal to 10 per cent of employee wages (to a maximum of $1,375 per worker) really prevent layoffs?

Canadian business groups certainly don’t think so. Neither the Canadian Federation of Independent Business (CFIB), which represents small and medium-sized businesses, nor the Business Council of Canada, which represents Canada’s largest companies, believes the subsidy will prevent layoffs or is nearly large enough.

Both groups are pushing for a massive “wage-subsidy program.” More specifically, the CFIB is asking government to “implement a 75 to 90 per cent wage subsidy program” and the Business Council notes that “the proposed 10 per cent wage subsidy for small businesses was a step in the right direction… But more needs to be done.” Business Council president Goldy Hyder said businesses are saying, “I want to do everything I can to keep my employees. The best model is, pay me to pay them.”

While we certainly agree that the federal government’s temporary wage subsidy is unlikely to help prevent layoffs, what isn’t needed is another massive government wage subsidy program—particularly a program that could be rife with potential fraud and abuse and take significant time to organize and administer so as to actually get money into the hands of Canadian workers.

A better way forward is to boost employment insurance (EI) benefit rates while allowing employers to temporarily lay off workers without the need to provide severance.

It’s important to understand temporary layoffs do not signal an end to the relationship between employers and workers, particularly in this environment. Rather, this is a temporary situation where the relationship is ongoing and there’s an understanding that the person’s job and compensation will more than likely resume in the near future. If it doesn’t within a pre-defined time, then indeed the layoff would permanent and normal severance would apply.

Although temporary layoffs are permitted by various provinces’ employment standards legislation, common law has developed to limit or, worse, in effect ban temporary layoffs. Fortunately, some jurisdictions have already recognized this problem and are taking steps to provide employers more flexibility. New Brunswick, for example, recently suspended the requirement for employers to give notice or pay severance if layoffs are due to COVID. Other provinces and the federal government should follow suit.

Workers temporarily laid off would be eligible for employment insurance, which the federal government has already adjusted. Indeed, recent expansions to the EI program have increased both benefits and eligibility for workers, helping to ensure those who face either job loss or a reduction in hours receive proper income support.

Governments could also temporarily increase the EI benefit rate and/or level of income covered. For example, Ottawa could immediately raise the percentage of income replaced from the current 55 per cent to 70 per cent and the maximum income covered to $81,300 (one-and-a-half times the current maximum of $54,200).

This would be markedly better than creating a new program that requires a new system of eligibility requirements, a new distribution system, and a new system of monitoring to ensure money actually flows to employees and fraud is prevented.

In addition, Ottawa could loosen regulations regarding additional income earned or received while laid-off workers receive EI benefits. This could allow limited temporary work for laid-off employees and potential additional top-up payments by any employers in a position to do so. Current EI regulations limit or prohibit these types of additional payments.

Again, the immediate goal is to stabilize income for both workers and employers in the most effective manner possible so as to steady the economy while the government and health professionals get control of the spread and treatment of COVID-19.

After the economic uncertainty caused by COVID-19 subsides the EI program must, of course, revert back to normal levels. Crucially, many emergency measures introduced now must be undone eventually, to avoid impeding economic recovery. We need them now. They would do damage later.

To increase income-support measures most effectively, best piggy-back on existing programs and make it easier for Canadians to access and receive the support they need rather than create entirely new government programs.