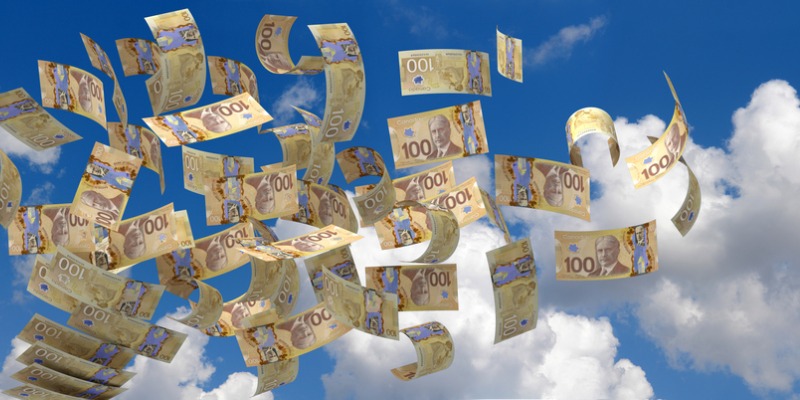 During the pandemic, countries around the world accumulated significant debt in an effort to support their economies. In Canada, programs such as the Canada Emergency Wage Subsidy (CEWS) and Canada Emergency Response Benefit (CERB) cost hundreds of billions of dollars. In fact, Canadian governments—including federal, provincial and local—borrowed more money than any other industrialized country (except Japan) during the pandemic, yet all that borrowing didn’t translate into stronger economic performance compared to our peers.

Even before COVID, Canada’s gross debt position (a measure of total government indebtedness) relative to the size of the economy wasn’t great. In 2019, according to data from the International Monetary Fund (IMF), Canada had the 10th-highest gross debt as a share of the economy (87.2 per cent) out of 33 industrialized countries. By 2021, that number reached 112.1 per cent, an increase of 24.9 percentage points, giving Canada the second-highest increase in gross debt as a share of the economy out of 33 countries from 2019 to 2021 (again, behind only Japan).

So what does all this mean for Canadians?

Given that Canadian governments accumulated more debt as a share of our economy than every other country in our peer group save for Japan, many believed Canada’s economy would fare better than others. Unfortunately, the data do not bear that out. As noted in a new study published by the Fraser Institute, Canada underperformed relative to our peers on both economic growth and unemployment rates in 2020 and 2021.

For the overall economy, Canada ranked 21st out of 33 countries, averaging negative 0.3 per cent GDP growth (inflation-adjusted) in 2020 and 2021. In other words, nearly two-thirds of our peer group—including the United States and Australia—fared better than Canada. Ireland, which actually reduced its gross debt-to-GDP ratio between 2019 and 2021, led the group of 33 industrialized countries in inflation-adjusted GDP growth.

Our performance for unemployment was even worse over the same two-year period (the IMF data are standardized to allow for inter-country comparisons). Of the 33 countries, Canada had the fifth-highest average unemployment rate in 2020 and 2021, behind only Greece, Spain, Italy and Sweden.

Put simply, despite leading in debt accumulation, Canada lagged behind a majority of our peers on key economic indicators. And debt accumulation comes with consequences. Higher debt (all else equal) means more tax dollars go towards paying debt interest, which leaves less money for health care, social services and/or tax relief. Interest payments on federal debt alone will cost Canadian taxpayers approximately $180 billion from 2022/23 to 2026/27, and this assumes lower interest rates than will likely exist, given current inflationary pressures—the Bank of Canada raised its policy interest rate from 0.25 per cent in January to 1.5 per cent in June and signalled more rate hikes will follow. As interest rates rise, government debt interest costs also rise, all else equal.

Finally, debt accumulation—specifically when the central bank purchases government debt to finance spending (as occurred in Canada during the pandemic)—can contribute to inflation, which occurs when the growth in the money supply exceeds the capacity of the economy to meet that demand. When the Bank of Canada financed debt during the pandemic, it was printing money, which meant more dollars chasing less goods, spurring inflation.

Canadian governments, including the federal government, racked up massive amounts of debt during the pandemic in an effort to support Canadians, but despite accumulating more debt (as a share of the economy) than every other country except Japan, our economy underperformed compared to our peers. Instead, debt accumulation simply put more costs on Canadians.