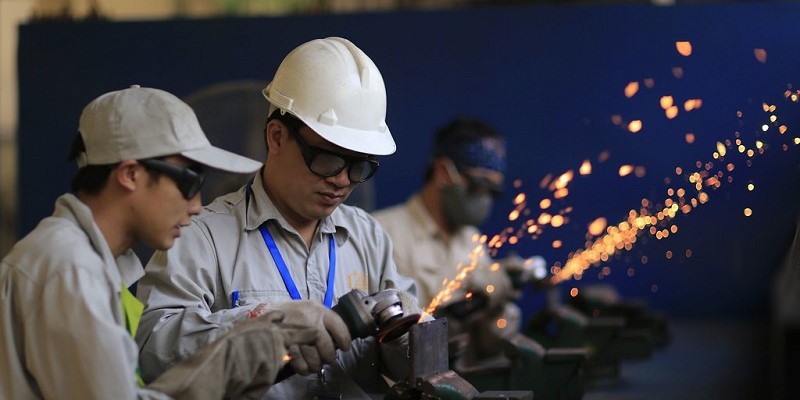 The single biggest determinant of long-term economic wellbeing is the rate of economic growth. The industrial era, since the early 19th century, has seen powerful economic growth and unprecedented increases in living standards with growth rates reaching their peak in the postwar economic boom from 1945 to 1973.

Some quick history. With a few short-term exceptions in Europe after the year 1300, long-term per capita income growth rates prior to 1750 were almost zero. Indeed, Stanford economist Charles Jones estimates pre-1820 world growth rates in GDP per person ranging from -0.3 per cent to 0.15 per cent. But the industrial era since 1870 delivered average rates of real per capita GDP growth close to 2 per cent per year in many countries.

The 20th century, from the end of the Second World War to the early-1970s, was a Golden Age with annual per capita income growth close to 4 per cent. Since the early-1970s, a productivity growth slowdown has brought concern that the industrial era, leading into the late-20th century, was a high-growth aberration, and that we are stagnating and returning to pre-1750 growth rates.

Proponents of this view argue that the past 250 years were unique in human history, as the industrial revolution harnessed steam power, petroleum fuels for engines, hydroelectricity and the atom to generate technological innovations that boosted growth and living standards. This view argues the low hanging fruit has been picked and the days of rapid growth fuelled by unabated technological change have ended.

But this is pessimistic, a view driven by comparing current growth rates to the postwar boom. High growth rates then were driven by reconstruction efforts in many countries devastated by war, the demographic impact of an expanding labour force brought about by the baby boom and, in the last years, rising female labour force participation.

Current growth pessimism is also rooted in the slow recovery from the 2008-09 Great Recession in the United States and European Union, rather than a long-term view of growth statistics. In the wake of the Great Depression there was a similar pessimism and concerns with economic stagnation, but these turned out to be without foundation.

As for future technological change, innovation never ceases in information and digital technology, quantum computing, biotechnology, genetics and new materials, which will revolutionize future economic productivity at a steady pace.

However, some argue that their contributions to our standard of living are not being fully captured by statistics designed to measure tangible industrial outcomes rather than information-age intangibles.

And there can be lags in impact. For example, television was invented in the 1920s but only began to permeate consumer spending in the 1950s. Technological change, moreover, is necessary for growth, but is not all you need—innovation must be translated to productive applications, and used.

This process is a function of good institutions and policy including stable government and quality financial institutions, well-functioning markets and a willingness to embrace change.

A long-term growth rate of 2 per cent appears low compared to the Golden Age from 1946 to 1973. But that was a unique period, as much of the institutional and physical infrastructure of the world economy was rebuilt after two world wars and the Depression. And these growth rates might be in part an artifact driven by demographic factors of the era. Along with an expansion of trade and the start of new moves towards globalization, big changes in the labour force, education and formal female labour force participation made contributions that hadn’t been seen before.

A 2 per cent growth rate of real per capita income is in keeping with the average for the 150-year period since 1870, and aside from bad policy choices, there’s no reason why it should be lower than that. The new normal is not secular stagnation but continued economic growth.