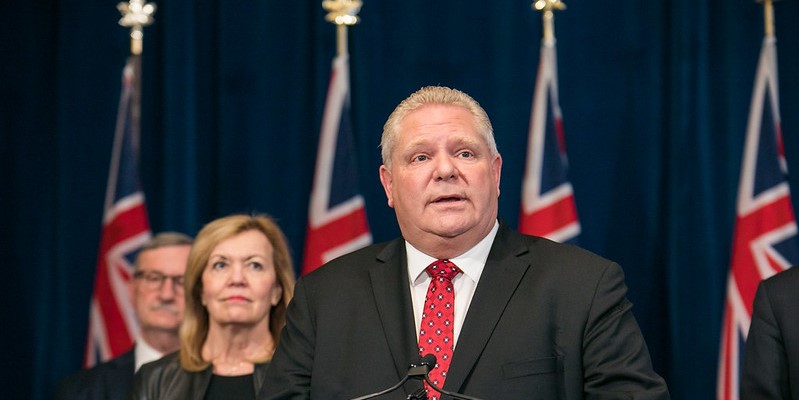 The Ford government recently revealed a surprise budget surplus for the 2021/22 fiscal year. Now it should now take the long overdue step to end the “temporary” tax hikes enacted 10 years ago.

First, some quick Ontario history. In 2012, to purportedly address the province’s budget deficit, the McGuinty government created new tax rates for higher-income earners. Premier McGuinty promised this tax hike would be temporary and phased out in 2017/18. This promise went unfulfilled and the higher rates remain in place today.

In short, these tax hikes have caused economic pain in exchange for negligible deficit-fighting gain.

Which brings us back to the Ford government and its recent surprise announcement that, due to higher-than-expected revenues, the provincial government ran a surplus in 2021/22. Again, the McGuinty government raised income tax rates on higher-income earners as a temporary “deficit-fighting” move. With the deficit finally erased (for one year at least) the last stated justification for Ontario’s higher income tax rates has disappeared.

And how high are they?

Following the McGuinty government’s tax hike in 2012, the Trudeau government in 2016 increased the federal top income tax rate by four percentage points, which, combined with the provincial hikes, brought Ontario’s top income tax bracket to 53.53 per cent—the third-highest rate in North America and much higher than in nearby U.S. states with whom we trade and compete for investment and talent.

Meanwhile, Ontario’s economic growth record over the past 20 years has been weak and expert opinion about the future is bleak. There’s no single silver bullet that can address the province’s long-term productivity, competitiveness and economic growth challenges, but lowering provincial tax rates and making them more competitive with nearby U.S. states remains a key component of any pro-growth policy environment.

To recap, when Premier McGuinty increased Ontario’s personal income tax rates, he promised the increases would be temporary and that their purpose was to help fight the provincial deficit. Those higher rates are still with us.

Now that the province’s deficit has been erased, Premier Ford should finally deliver on McGuinty’s promise and scrap this growth-reducing feature of Ontario’s policy environment.