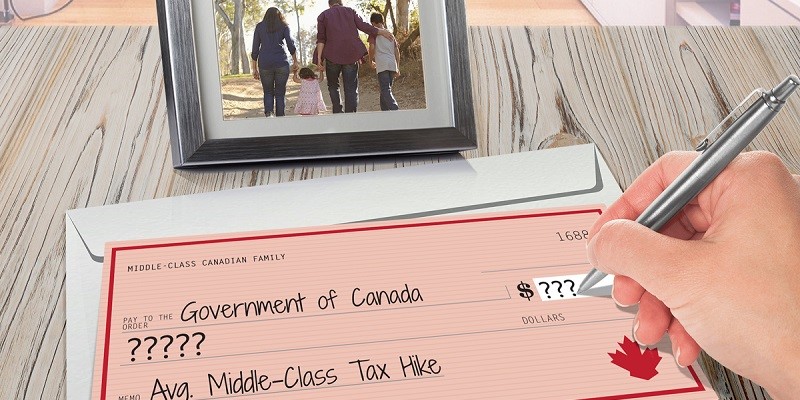 As the federal election approaches, it’s imperative that facts inform the public discourse. Instead, there’s unfortunately been an increase in political rhetoric from the federal government along with some flawed reporting on taxes.

On June 5, Joël Lightbound, the Parliamentary Secretary to the Minister of Finance, rose in the House of Commons in response to a question about taxation in Canada and said, “I find it somewhat troubling that the Member for Carleton still refers to a Fraser Institute study that’s been debunked by just about anyone who can read and count whose taken five minutes to look at it.”

However, what the government conveniently and consistently ignores is that it also eliminated a number of tax credits—income splitting, children’s fitness, public transit and children’s arts programs. Although eliminating these tax credits is good policy since it simplifies the tax system, their removal also acts to increase personal income taxes for Canadian families.

Our study compared the savings from the middle-income tax reduction against the loss of the tax credits. Overall, 81 per cent of middle-income families with children experienced a net increase in personal taxes, when both the tax rate reduction and the elimination of tax credits are included in the analysis.

The common response from the government—including the Parliamentary Secretary himself— is that this analysis ignores changes to the Canada Child Benefit (CCB), an income transfer for families with children that the government created to absorb and expand on two previously existing programs.

Commonsense and volumes of economic research reject this rationalization. Keeping more of your own income is vastly different than receiving larger handouts from government. And yet, the federal government continues to make this argument.

Indeed, we sent queries to both Lightbound and Minister of Finance Bill Morneau regarding any study that “debunked” our tax analysis. While Lightbound said on the House floor that it only takes five minutes to debunk our study, after four days his office was only able to provide the same common response, which uses government transfers (the CCB) to substantiate tax reduction.

Another mistake is to ignore deferred taxes. Indeed, a recent CBC article, which evaluated this government’s track record on taxation, completely ignored deferred taxes. Basic economics tells us that governments can either tax today for the programs and income transfers they provide or they can delay future tax increases by borrowing.

Given that the Liberal government entered office with essentially a balanced budget and decided to increase borrowing (since assuming power it’s incurred $75.5 billion in debt) to finance new spending, it seems rather important to include these deferred taxes. While the CBC piece rightly notes that overall the Liberals have not materially increased current taxes, they’ve certainly increased the overall tax burden, particularly when deferred taxes are included.