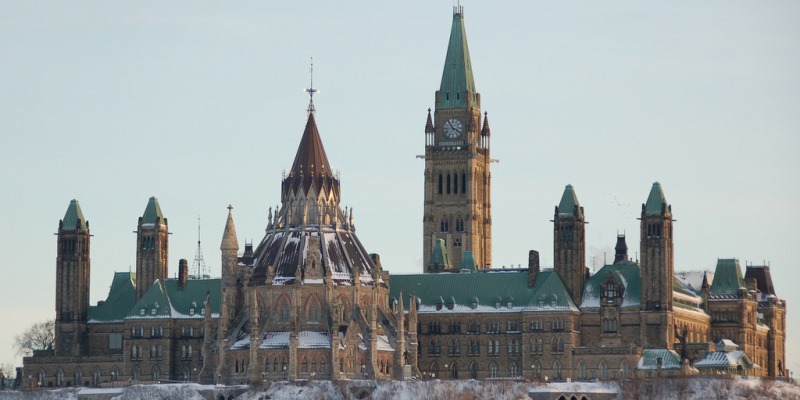 Two fiscal freight trains are hurling towards the finances of the federal government, threatening the country’s economic well-being and thus the economic prospects of average Canadians. One of these freight trains—deficits—was purposeful while the other—demographics—has been known for decades with little action. One way or another, the consequences of both will affect Canadians across the country.

As has been well-documented, the Liberal Party ran on a platform of purposefully spending more than it planned to collect in revenues (i.e. deficits) for three years from 2016-17 to 2018-19 (this year) before returning to budget balance. The premise for the new debt was spend more to improve the economy.

After winning the fall election in 2015, the new government immediately increased program spending before the fiscal year even ended. The former Tory government originally budgeted to spend $263.2 billion in 2015-16, but spending actually reached $270.9 billion due largely to changes introduced after the Liberal election win.

The spring 2016 budget, the first of the new government, showed a deficit in 2015-16 rather than a small surplus (as originally planned) along with deficits for the next five years that cumulatively totalled more than $110 billion. In addition, that budget showed no path or goal for returning to a balanced budget.

The freight train of this fiscal policy is that the federal government is running deficits purposefully during a time of economic expansion, albeit weak expansion. When the inevitable recession arrives, revenues will decline and certain spending such as Employment Insurance will automatically increase as the economy slows. A recent analysis examined past recessions and concluded that the annual deficit from a recession, depending on how severe and how the government responds, could easily increase from its current level of $19 billion to almost $50 billion. (A deep recession like 2008, coupled with similar government responses, would bring the annual deficit to $120.5 billion.)

The second freight train relates to changing demographics. We’re at the front end of a demographic shift that industrialized countries haven’t experienced before. More and more of our citizens will retire, drawing on government resources, while less and less of a share of the population will work to provide the resources for those programs and transfers.

A plethora of reports by others including noted McGill economist Christopher Ragan, the department of finance, the Parliamentary Budget Office and our own work all indicate that the demographic shift, specifically the aging of the population, will lead to a structural imbalance between spending and revenues. Our estimate based on what we know today about the future, including a likely slowdown in revenues and increased spending on transfers to seniors and health care, indicates that the deficit in 2045 will reach $107 billion in 2016 dollars due to demographics.

These two fiscal freight trains combine to pose significant fiscal risks for the federal government and thus on our economy and well-being. But these results are not unavoidable. The sound policies of what we coined the Chretien Consensus, which dominated Canada throughout the mid-1990s to the mid-2000s, are exactly the prescription for avoiding the oncoming fiscal freight trains.

Balanced budgets and declining debts based on reduced but better focused spending, coupled with incentive-based tax relief, served Canada well. And it’s telling that such policies were the standard for parties of all political stripes across the country. Introducing such policies now would position the country to withstand the fiscal strains of demographics and halt the deficit freight train before it collides into the Canadian economy with full force.