Global inequality—it ain’t what it used to be 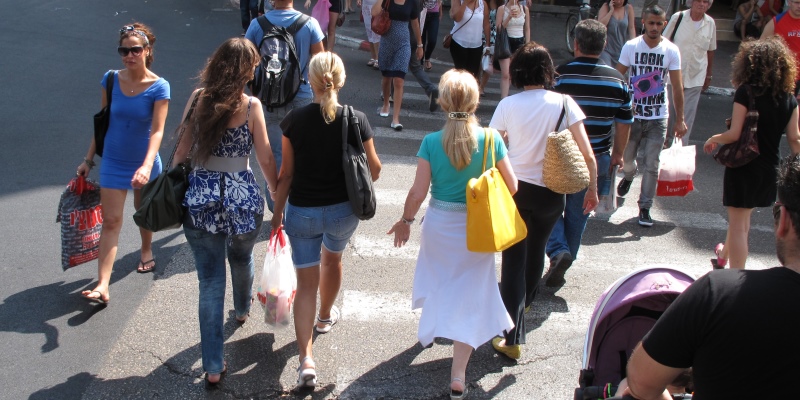 According to recent news reports, economic inequality is on the rise. Since inequality is the gloomy backdrop for many policy discussions, it’s unsurprising that many people in the world’s wealthiest countries worry about the issue.

However, very few are aware that this increase in inequality (whose magnitude and causes are hotly debated) is not a global phenomenon. Rather, it’s a rich world problem. On the planet as a whole, inequality has fallen dramatically. Not only has it fallen in terms of income, but it’s fallen in other dimensions of human well-being such as life expectancy and schooling. This is a poorly known fact in need of greater coverage.

Thus, there was a rise in income inequality for all the individuals in the world. This trend persisted until the 1970s.

However, the poorest of the world have since experienced large increases in incomes. In fact, their living standards increased more rapidly than those of the richest in the world. Thus, there has been a fall in inequality.

Depending on the methodology, the indicators of global income suggest falls between 9 per cent and 33 per cent since the 1970s.

Some could argue that incomes are not the full measure of living standards. While true, this point only reinforces the claim of falling global inequality. In fact, broader measures of human well-being suggest a fall in global inequality since the 1920s.

Schooling outcomes seem to show similar trends whereby the poorest of the world gained ground on the richest. For example, inequality in the average number of school years completed fell by somewhere between 68 per cent and 86 per cent since 1913.

There are ways to group these different measures to create a single indicator known as the Human Development Index (HDI), which was conceived to broadly measure human well-being. It’s meant to capture not only material well-being but these other dimensions such as health and education. Blending these three measures together creates an index from zero to 100 where 100 is the best possible outcome. Developed during the 1980s by economists at the United Nations, this measure is now publicly available on most international databases and covers everything since the 1960s. However, some economists pushed the measure back to the late 19th century, which allowed some to measure the global inequality in HDI.

The result? Since 1913, global inequality in HDI has fallen by at least 63 per cent. This suggests that in terms of human well-being, the least well-off of the world are those who enjoyed the greatest improvements.

This is an amazing fact about the state of humanity. Yet so few are aware of it. This is probably the greatest tragedy of our laser-like focus on inequality within wealthy societies—we forget how much better off all human beings are today.