Alberta’s downgrade is a wakeup call to change course

Today, Standard and Poor’s downgraded the Alberta government’s credit rating in part due to “concerns of weak budgetary performances and rising debt burden.” This remarkable development underscores just how badly Alberta’s fiscal position has deteriorated in recent years. But in many ways, this is not surprising, as the writing was on the wall.

After all, the government’s latest budget forecasts a $6.1 billion operating deficit for this fiscal year and deficits for the next three years, totalling $11.9 billion.  This comes after six deficits in the past seven years. 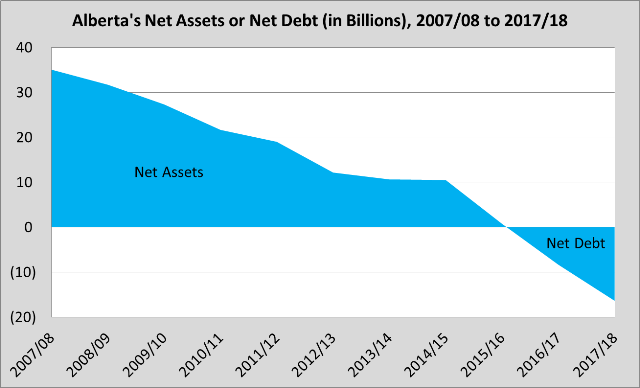 Some commentators, including Finance Minister Joe Ceci, blame low oil prices for Alberta’s fiscal woes, but this story doesn’t hold up to scrutiny. The deterioration in Alberta’s financial position has been in progress for years. In addition, in the past Alberta has found ways to run surpluses when oil prices were much lower than today (after adjusting for inflation) and failed to balance the budget in years when oil prices were much higher.

Today’s S&P downgrade is another sign of the severity of Alberta’s fiscal problems. It should serve as a wakeup call for the government to act and change course by working to reduce and reform government spending.