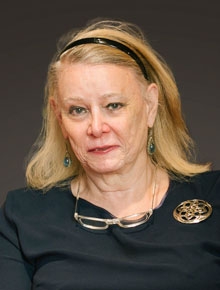 –
Professor of Economics, History, English, and Communication, Univeristy of Illinois

Deirdre N. McCloskey is Distinguished Professor of Economics, History, English, and Communication at the University of Illinois at Chicago. Trained at Harvard as an economist, she has written 25 books, edited seven more, and has published some 400 academic articles on economic theory, economic history, philosophy, rhetoric, feminism, ethics, and law. Her most recent popular books are Why Liberalism Works: How True Liberal Values Produce a Freer, More Equal, Prosperous World for All (Yale University Press, 2019), Leave Me Alone and I’ll Make You Rich: The Bourgeois Deal with Art Carden (University of Chicago Press, 2020), and The Myth of the Entrepreneurial State with Alberto Mingardi (Adam Smith Institute and American Institute for Economic Research). McCloskey is also the author of the highly acclaimed three-part series: The Bourgeois Virtues: Ethics for an Age of Capitalism (U. of Chicago Press, 2006), Bourgeois Dignity: Why Economics Can’t Explain the Modern World (U. of Chicago Press, 2010), and Bourgeois Equality: How Ideas, Not Capital or Institutions, Enriched the World (U. of Chicago Press, 2016).

Every year in Canadian and U.S. grocery stores, 20,000 new products are tried out.