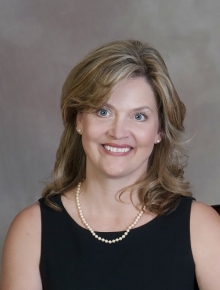 Tawni Hunt Ferrarini, Senior Fellow at the Fraser Institute, is the Robert W. Plaster Professor of Economic Education at the Lindenwood University's Hammond Institute. She also serves as the Sam M. Cohodas Professor at Northern Michigan University (NMU) where she previously helped direct the Center for Economic Education and Entrepreneurship.  She served as the 2015 President of the National Association of Economic Educators.  Her teaching, research, and service focus on regional growth and development with particular attention drawn to the role of responsible and accountable individuals.

Ferrarini also serves as a faculty scholar for the Council on Economic Education (Japan), and Mackinac Center for Public Policy (Michigan). Her reputation as a dynamic speaker on economic topics brings her around the globe. She is widely known for exciting a wide variety of audiences about how sound economic reasoning can help them take firm steps toward living personally rewarding lives.

She co-authored Common Sense Economics: What Everyone Should Know About Wealth and Prosperity (2016, St. Martin’s Press). She earned her doctorate from Washington University, where she studied under the 1993 Nobel laureate Douglass C. North, and has a bachelor of arts degree in mathematics from Southern Illinois University - Carbondale.