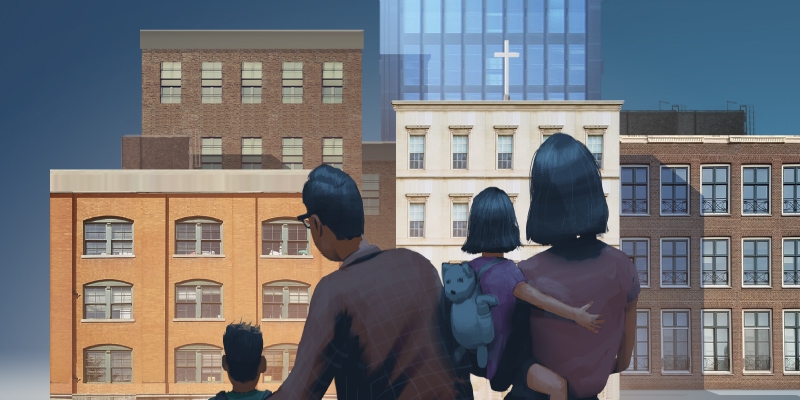 Ontario has an excellent school system with well-financed and staffed public schools available to all. Yet unlike Alberta, British Columbia, Manitoba, Quebec, and Saskatchewan, 31 US states, and the 12 European countries with the largest economies, Ontario provides no support for independently operated, non-public schools. This denies non-wealthy families their right to choose the education they believe best for their children, and also denies the opportunities for improved educational specialization, innovation and performance associated with school choice. This study explores the idea of school choice, discusses why Ontario should modify its public financing of education to support school choice, and outlines how that can be achieved.

The first section focuses on the meaning of school choice, its status as a universal right, and why meaningful school choice in Ontario has to be pursued through political rather than legal avenues. Publicly financed choices currently available in Ontario’s four-lane public and separate, English- and French-language school system are reviewed and shown to fall short of the standards for education freedom recognized in international agreements and demonstrated in other, particularly European, jurisdictions.

The second section concentrates on justifications for school choice as a policy, with specific attention to practical benefits, equity, social cohesion, and commonly marshalled opposing arguments. Specific benefits of school choice include improved learning and engagement for children and parents seeking alternatives to government schools, increased education specialization and diversity, improved responsiveness and enhanced innovation in both independently and government-run schools, together with improved accountability. Central to realizing these benefits is the difference between publicly funded and publicly operated schools. Governments provide education for all by financing schools, but this does not mean government must also run the schools it finances, or at least not all such schools.

The final section considers how meaningful school choice can be brought to Ontario by outlining three stepping stones to a new policy framework. An immediate and major impediment to this goal is the legacy of recent failed attempts culminating in the repeal of the short-lived Equity in Education Tax Credit (EETC) after the 2003 election. Even so, reinstating the EETC or a similar measure is advanced as the first step toward bringing school choice to Ontario. Time has shown the arguments used to justify the repeal of the EETC to have been hollow: despite substantial increased funding of government schools with little evident improvement, enrolment in independent schools continued to increase. Reinstating the EETC, or providing equivalent financial support for ordinary families, will empower them to experience the benefits of school choice currently available only to wealthier families, while also stimulating improvements in public schools.

As a second step, substantial reforms need to be made to the regulation of independent schools in Ontario to ensure all schools—public and non-public—satisfy appropriate operational and educational standards. Care must be taken to ensure these reforms do not unduly constrain or compromise the autonomy needed by independent schools to pursue their defining missions. Shortcomings in the regulatory system that were identified in Bernard Shapiro’s Report of the Commission on Private Schools in Ontario (1985) still demand attention, as do issues raised by the more recent 2013 Auditor General’s report.

The third and final step discussed is a thorough overhaul of legislation governing the establishment and operation of independent schools in Ontario aimed at integrating all schools into a modified five-lane education system, while protecting the right to school choice and the independence of non-government schools. This could take the form of a new, more detailed section of the current Education Act or a separate stand-alone statute, as in British Columbia and Quebec.

Bringing school choice to Ontario will further advance the modernization process initiated by Premier Davis when he extended public funding to previously independent Catholic high schools. If done well with due attention to issues discussed in this publication, it will integrate independent, self-governing schools into a revitalized system of public education. This will bring social, economic, and educational benefits and provide education justice to families currently unable to afford the education they believe to be best for their children.