The Decline of Standardized Testing in Canada 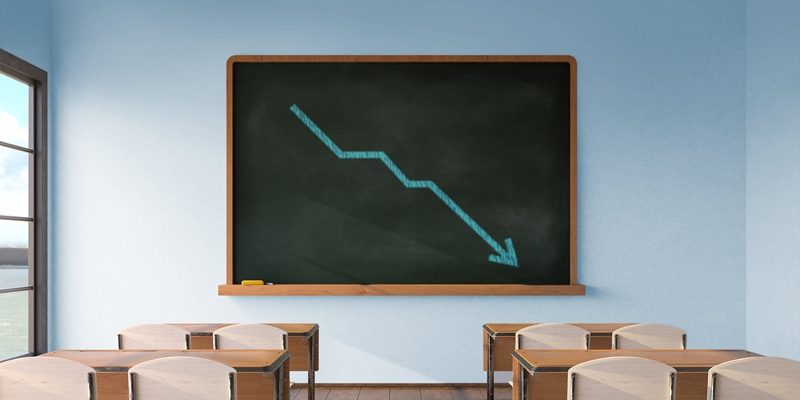 The first trend is that standardized tests today place less emphasis on subject-specific knowledge than they did twenty years ago. Instead, most of these tests now focus on generic literacy and numeracy skills. This is consistent with a general shift among many provinces away from knowledge in their curriculum guides. Nowhere is this trend more apparent than in the province of British Columbia, where the new curriculum places a strong emphasis on so-called higher-order learning rather than on knowledge and memorization. The problem with this approach is it assumes that literacy and numeracy are easily transferable skills when the reality is that these skills are heavily dependent on content. Unfortunately, when provincial assessments no longer measure content knowledge, there is little incentive for teachers to help students acquire the background knowledge they need to be successful.

The second major trend is that standardized tests are not given the same value as they once were. In many provinces, standardized tests (other than those written in Grade 12) do not count toward students’ final grades. Even in the provinces where they do count, the percentage value of these tests has steadily declined. As a case in point, Alberta’s Grade-12 diploma exams were once worth 50% of a student’s final grades. Several years ago, this was reduced 30%, and for the 2021/22 school year, is down to only 10%. Students are less likely to take these tests seriously if they know it will not have a significant impact on their final grades. While it is understandable that standardized tests written by younger students would not be included in final grades, it is disappointing that they often do not affect high-school grades either. It makes sense for standardized tests to have at least some value, particularly at the high-school level.

Finally, the study raises a concern about the impact of the COVID-19 pandemic on standardized testing. At the outset of the pandemic, many provinces cancelled standardized tests outright, or at least made them optional. While this initial response was understandable, standardized tests are now being disrupted for the third year in a row. Unless provincial governments are prepared to defend the value of these tests, it will be tempting to give in to political pressure and abolish them entirely. As life gradually returns to normal in Canada, it is important that standardized tests not become a casualty of this pandemic.

In the end, provincial governments need to place a stronger emphasis on standardized testing. If Canadian students are going to successfully compete against other students from around the world, they need to be well educated. Standardized testing is an important component of a quality education system.