Generating Electricity in Canada from Wind and Sunlight: Is Getting Less for More Better than Getting More for Less? 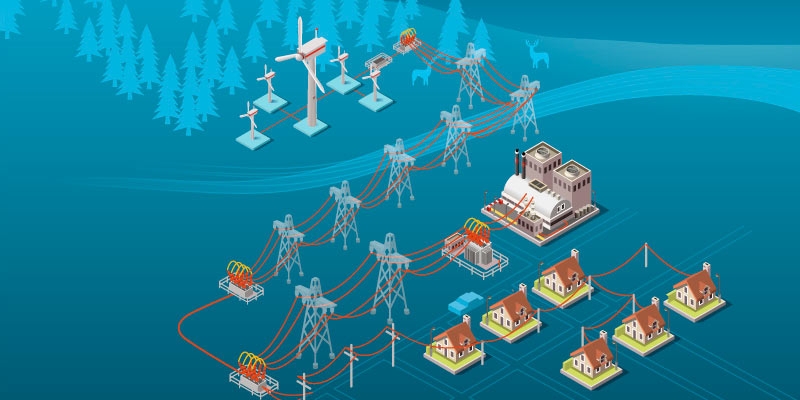 Using wind and sunlight to generate electricity is controversial. Advocates urge increased reliance on these variable renewable energy (VRE) sources because they are seen as a low-cost way of mitigating a looming climate-change crisis. Critics take the opposite stance, claiming wind and solar power are costly, and the environmental benefits negligible at best. Some Canadian provinces have gone to considerable lengths to encourage adoption of these technologies, but the results have been mixed.

This study shows that both positions contain elements of truth. Electricity generated using wind and sunshine is relatively inexpensive. However, once the capacity is in place, it is only available at certain times of the day and/or when the weather cooperates. But consumers require a reliable electricity supply and integrating VRE into existing electricity systems while maintaining a continuous and reliable supply is complicated and costly, both financially and environmentally. Electricity consumers and taxpayers are interested primarily in the financial burden that results from efforts to increase electricity generating capacity using VRE sources. This includes the costs wind and solar power impose on the electricity system as a whole, not just the cost of the VRE-generated electricity supplied to the grid.

The incremental financial costs to the system fall into three basic categories: first, augmenting existing conventional generating capacity so that it is able to compensate for the unreliable supply of wind and solar power. Second, ensuring that the necessary investment in conventional generating capacity is forthcoming although the VRE in the system makes it impossible to use this capacity efficiently. This requirement is usually satisfied either with a capacity market or contracts with suppliers of conventional generating capacity. Third, adding transmission grid capacity and the configuration of grid services required to integrate VRE into the electricity system. Each category has repercussions for the environment. Cheap electricity from wind turbines and solar panels paradoxically results in larger bills for electricity users and taxpayers. Higher utility rates for businesses and households and higher taxes and cutbacks to public services dampen economic activity and reduce living standards.

Compared to conventional power sources, small and variable amounts of electricity are generated when wind and solar energy are captured and transformed by a dispersed array of VRE installations. Large areas of land, often in remote locations, are required. This inevitably results in significant additional costs in terms of delivery infrastructure (for example, high-voltage power lines) and back-up power generation (for example, natural-gas-powered turbines) that would not otherwise be incurred. The first part of this study examines how electricity systems work in order to evaluate the contradictory claims made about VRE. Whether or not wind and solar power are clean and cheap depends on how the evaluation is framed. Critics point out that the economic and environmental costs of the electricity generated using wind and solar technologies can be quite different from the impact of this source of electricity on a system-wide basis.

The second part of the study shows how the system-wide costs and benefits of adding wind and solar power to an existing electricity system are affected by the policies of provincial governments, the cost of electricity, the conventional generating assets already in place, and the structure of the electricity system. Comparing experiences with VRE in different provinces illustrates the importance of these factors.

Cross-Canada comparisons show that electricity utilities themselves are usually best placed to determine whether or not the system-wide cost of these technologies is justified. Prior to 2015, Alberta demonstrated how a competitive wholesale market for electricity determined the extent to which wind and solar energy is economically feasible. Neither is the involvement of provincial governments necessarily a bad thing. Prince Edward Island has successfully integrated a substantial amount of wind power into its electricity system under unique circumstances: a provincial Crown corporation operates several wind farms but the rest of the electricity system is privately or municipally owned. Problems arise when dramatic increases in wind and solar power receive political sanction and the economic consequences are underestimated or ignored. A bold initiative to increase wind and solar generating capacity in the Ontario electricity system backfired badly, leading to soaring electricity rates for both consumers and manufacturers. Between 2015 and 2019, the Alberta government worked towards installing even more wind and solar capacity than had proved politically and economically unsustainable in Ontario, but the electorate allowed that government only a single term in office.

A policy should be judged by whether or not the chosen means have delivered the promised ends. Our review of Canadian wind and solar energy policy shows that they led to consequences consistent with those in other jurisdictions: ramping up electricity production using these power sources results in increased costs for taxpayers and consumers when account is taken of the impact these technologies have on the electricity system as a whole and, when done on any significant scale, generally negative and unnecessary environmental consequences.