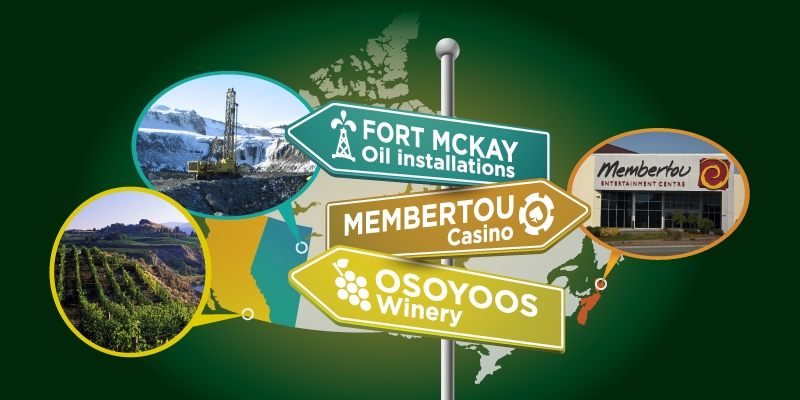 The status of Canada’s First Nations is widely debated, but the debate is often based on abstract visions rather than actual evidence. Against the backdrop of the world-wide research findings on governance and economic progress, this paper marshals the empirical evidence on the factors that improve the well-being of Canada’s First Nations. Specifically, it synthesizes the results of eight studies that have used the Community Well-Being (CWB) Index as a measure of outcomes. The CWB, computed every five years by Indigenous and Northern Affairs Canada, aggregates census data on income, employment, education, and housing in First Nation communities. The First Nations CWB average is about 20 points lower than for other Canadian communities, but there is tremendous variance among First Nations, creating the possibility of using empirical research to find what correlates with higher CWB scores.

The eight studies synthesized here highlight the importance of governance. First Nations tend to have higher CWB scores if they run stable governments with leaders serving long terms, pay their leaders less than other First Nations of comparable size, stay out of third-party management, and take advantage of ways to escape the strictures of the Indian Act, such as creating their own property taxes and entering the First Nations Land Management Agreement. Custom governments and Indian Act governments experience similar levels of success; what matters is what governments do, not how they are chosen.

Economic strategies are also important. Successful First Nations take advantage of their main economic assets, which are land, location, and natural resources. This means adopting an open and welcoming attitude toward other elements in Canadian society as they seek investors, customers, and professional advisers. Successful First Nations enter into partnerships with investors in real estate developments, both residential and commercial. They are particularly strong in attracting customers to their entertainment and hospitality industries, featuring casinos, hotels, restaurants, golf courses, and marinas. Where possible, these nations develop natural resources in agriculture, energy, and mining. Though they follow community-based strategies under their political leadership, they also encourage private initiative with Certificates of Possession, which are particularly useful in improving the quality of housing for band members.

Not all First Nations start with the same advantages. Everywhere in Canada, it is advantageous to be located near a city or town, which brings many economic opportunities. First Nations in British Columbia, southern Ontario and Quebec, and the Atlantic provinces have on average achieved higher CWB scores than those in the Prairie provinces or in northern Ontario. The causal explanations for these differences remain to be established, but the statistical evidence shows that they include the general applicability of good governance combined with economic strategies to capitalize on available assets.

It is striking that the measurable progress achieved by First Nations is not a result of government programs. It comes from self-determination: taking control of their own affairs and making the most out of their assets. The most effective government intervention has been legislation to remove roadblocks and create opportunities that First Nations can exploit under their own initiative.