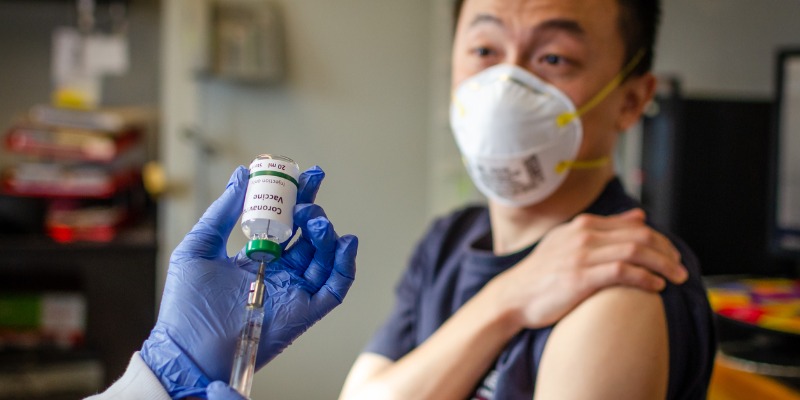 Almost from the beginning of the pandemic, Canada’s politicians and health experts have told us that it will end only after a critical, large number of Canadians have been vaccinated. Until then, many people will be ill, dying, unemployed, losing income and worrying about the future. This reality has made governments around the world, including Canada’s, commit to the rapid development, production and administration of COVID-19 vaccinations.

What explains Canada’s poor performance? According to the current federal government, the answer involves several external factors and historical circumstances outside its control. In other words, just about everyone but the government.

For example, in several interviews Prime Minister Trudeau and his ministers attempted to pin Canada’s inability to develop and produce vaccines domestically on past Conservative government policies that had either privatized publicly-owned facilities (such as Connaught Labs) or drove away pharmaceutical companies capable of developing and producing vaccines.

However, Paul Lucas, who for 16 years was CEO of GlaxoSmithKline (GSK) Canada and thus well familiar with government policies in this field, has challenged several aspects of this argument. In addition to noting factually inaccurate claims made by the current federal Minister of Intergovernmental Affairs regarding the supposed closure of a GSK facility “during the Harper years” (it’s still open, by the way), Mr. Lucas opined that “Successive Liberal governments… have created an unfavourable environment for investment and commercial success for innovative pharmaceutical companies in Canada… Not surprisingly, the industry has gone elsewhere.” While Mr. Lucas’ article helps explain the nearly complete absence of development and production of COVID-19 vaccines in Canada, it does not fully explain Canada’s abysmal record on vaccinations.

In the absence of local development, the key factor currently responsible for our poor performance is the low availability of imported doses of the vaccines. The government blames this problem on production and shipment problems by foreign producers. But this is not a satisfactory explanation since these producers delivered large supplies to other governments when Canada received few or none.

One possible explanation is that Canada’s federal government made some commercially inept and delayed demands negotiating delivery contracts with pharmaceutical companies abroad, which naturally favoured countries that offered better contracts. Some day we may discover what prices and other conditions the government offered that turned out so damaging to the public.

Now that vaccines have arrived in Canada in growing quantities, the next hurdle is the prompt and efficient process of getting them into the arms of patients. There has been the expected political bickering over who should be first, as is normal whenever governments provide services free of charge. But until now, the campaign has passed the ultimate index of success, which is that no vaccines have been reported spoiled by delayed use.

However, there’s another reason for the delays in vaccinations that deserves the attention of policymakers. On Oct. 12, 2020 the pharmaceutical company Moderna filed an application with Health Canada for a licence to sell its vaccine in Canada. The licence was granted on December 23 after a delay of 10 weeks or 70 days. If Moderna had been allowed to sell its vaccines on October 12, when its research and testing had been complete, many Canadian death and illnesses may have been prevented. This fact raises the question whether this time period could have been shortened without risk to public health, which is subject that must wait for another study.