A CBC News analysis making the rounds online shows that an increasing number of upper-income Canadians are getting away without paying any income tax. The analysis is highly misleading and fuels misplaced concerns about the distribution of income taxes in Canada.

The main claim is that “between 2011 and 2014, a growing number of Canadians earning a six-figure income or more didn't pay a cent in income tax.” On the surface, this sounds problematic. But don’t ring the alarm bells just yet. 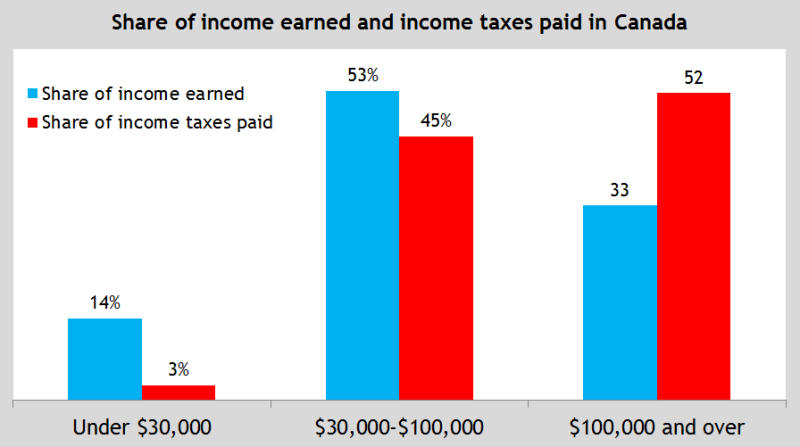 Meanwhile, lower-income earners pay proportionately less. Specifically, tax-filers with incomes less than $30,000—roughly the bottom half of earners in Canada—earn 14 per cent of all income yet pay only 3 per cent of income taxes.

In fact, more than two-thirds (67.8 per cent) of these tax-filers do not pay any personal income tax after accounting for the various deductions and tax credits (see chart below). In other words, it’s much more common for lower-income earners to not pay income tax compared to upper-income earners. 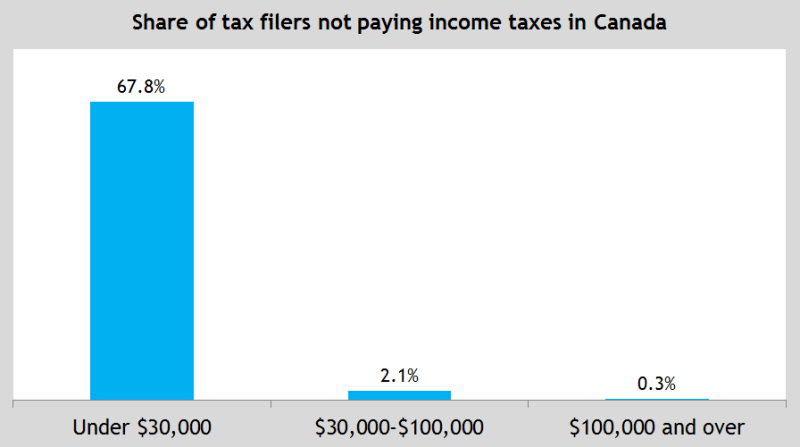 Simply put, the imbalance between lower- and higher-income groups, in terms of the percentage of income earned and total taxes paid, contradicts the view that upper-income earners don’t pay a significant share of income taxes.