Contributions to the CPP—comparing provinces 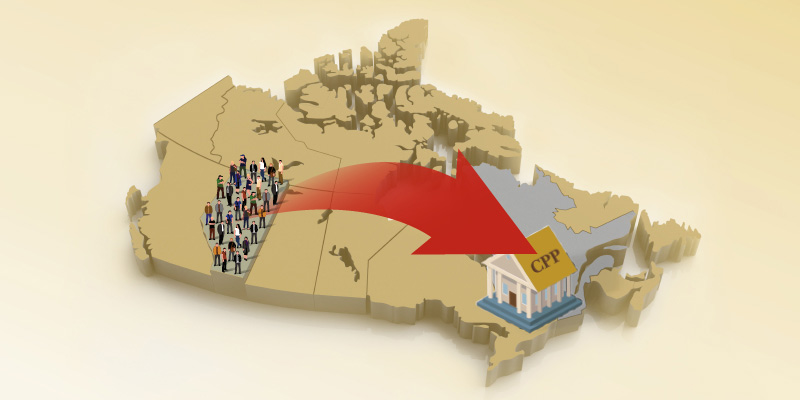 We recently released an analysis of Albertans’ contributions to the Canada Pension Plan (CPP) over the last 10 years (2008-2017). The analysis compared the contributions paid by Alberta workers with spending by the CPP on retirees and other beneficiaries residing in Alberta. The study found that in the most recent year of analysis, 2017, Alberta workers contributed $2.9 billion more to the CPP than was spent on beneficiaries in the province. The cumulative 10-year number was $27.9 billion.

An important and interesting question not covered in the study was the comparison of Alberta to the other eight participating provinces. The chart below illustrates the provincial comparisons over the 10-year period of the study. 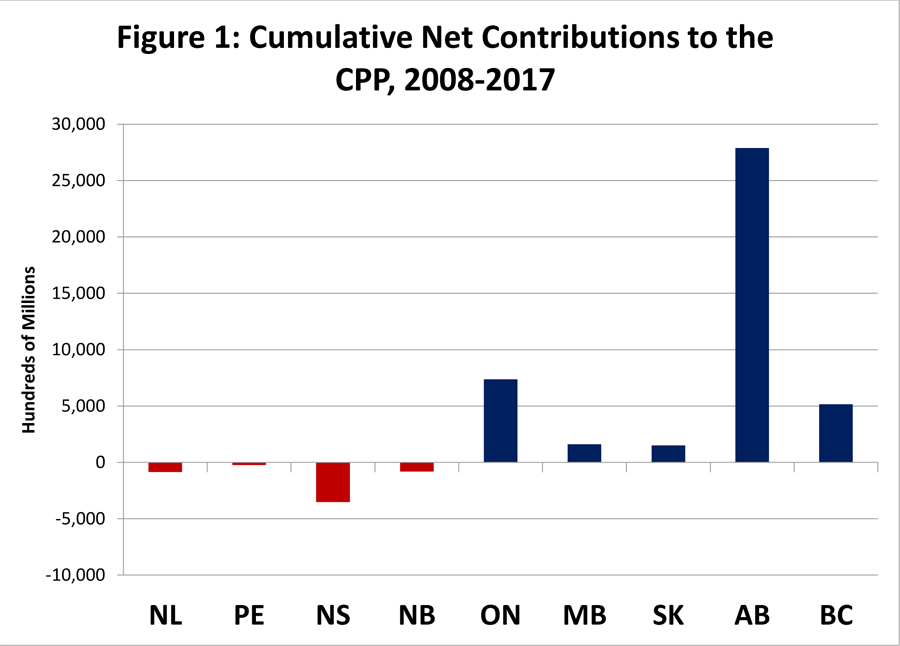 As discussed in the study and another column, Alberta disproportionately contributes to the CPP and indeed other national programs because it has a younger population (fewer retirees), a higher employment rate (less unemployment payments) and higher incomes than the rest of Canada.

As depicted in the chart, all the provinces except for the Atlantic provinces contributed (net) to the CPP over the time period. All four Atlantic provinces were net beneficiaries with Nova Scotia experiencing the largest inflow of expenditures (net) at $3.5 billion over the period.

The reforms introduced in 1996-97 to the CPP resulted in an accelerated increase in the already planned tax increases for the plan. Specifically, contribution rates were raised from 5.6 per cent to 9.9 per cent more quickly than previously planned. This meant the CPP would accumulate assets it could invest. The returns to the CPP from this accelerated increase in assets were a key part of the financial reforms that placed the CPP on solid financial ground.

This is an important consideration because despite the rate increase and designed net contributions to the CPP, the Atlantic provinces remain a net beneficiary of CPP spending. That is, even with the higher contribution rate, the mix of an older population, lower employment rates and lower average incomes in the Atlantic provinces mean they remain net recipients of CPP spending.

This acknowledgement reinforces the central insight of our study—that Albertans continue to make disproportionate contributions to a host of national programs including the CPP and that such programs would not be sustainable in their current form without Albertans’ contributions.