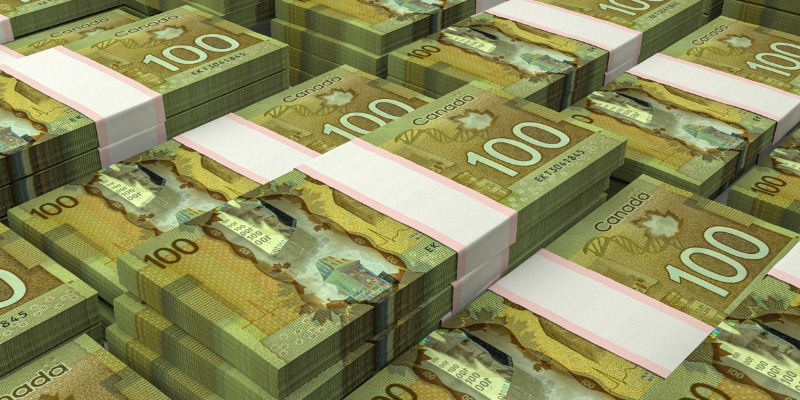 On November 3rd, the Trudeau government tabled its fall fiscal update, which provides an overview about the current state of federal finances. In their projections, the government is forecasting that its deficit this year will be lower than it originally expected.

Unfortunately, however, this did not occur because the Trudeau government demonstrated fiscal responsibility. Just the opposite—the deficit declined despite their irresponsible approach to finances.

Earlier this spring, the Trudeau government presented a full budget that outlined its expectation that it would run a $52.8 billion deficit this year. Only seven months later, the deficit is now forecast to be $36.4 billion in a baseline scenario.

But this reduction in the deficit has nothing to do with the Trudeau government exercising discipline and caution with its spending. The fortunate change in fiscal circumstances is entirely due to a massive $37.5 billion influx of federal revenue. High levels of inflation and an economic rebound from COVID have contributed to a large increase in revenues from taxes imposed on personal incomes, businesses, and goods and services.

Instead of being prudent with its expenditures, the Trudeau government opted to increase spending. This reflects a familiar trend that we’ve seen over and over again. They’ve recently paid lip service to fiscal responsibility, but have yet to demonstrate it.

At every turn, the Trudeau government has spent most of the unexpected additional revenue it receives rather than put all of it towards necessary deficit reduction—and eventual elimination.

In 2018/19, the government presented a budget in the spring and a fiscal update in the fall. In the period between the budget and the update, revenues were $5.5 billion higher (and interest costs $2.5 billion lower) than budgeted, resulting in a windfall of $8.0 billion. But rather than reduce the budget deficit, the government chose to increase spending by exactly $8.0 billion.

In this year’s fiscal update, we experience a similar case of déjà vu. Even with an enormous influx of revenue, the Trudeau government opted to spend a significant portion of the additional money. In the 2022 budget, Ottawa announced program spending for this year totaling $434.3 billion. Just over half a year later, when the government delivered its fiscal update, it discovered higher than anticipated revenues and spent an additional $13.3 billion.

Had the government simply stuck to its spending plan tabled in April, they could have reduced the deficit in 2022/23 even further to $23.1 billion.

Moreover, these are just the baseline, or conservative, estimates from the federal government. The fiscal update also projects a downside scenario which estimates the deficit could balloon to nearly $50 billion this year if the economy performs poorly.

Another important concern observed in the fiscal update is the impact of rising interest rates. In an effort to combat inflation, the Bank of Canada has aggressively raised its policy interest rate several times this year. All else equal, higher interest rates are expected to slow economic growth. Indeed, the federal government projects economic growth will equal a meager 0.7 per cent in 2023, down considerably from their previous estimates. In the government’s downside scenario, they estimate the economy could shrink by 0.9 per cent next year.

This has important implications for federal finances. A possible recession or even an economic slowdown will reduce tax revenues and increase government expenditures on programs such as employment insurance due to increased unemployment among Canadians. The result will be an increase in the government’s budgetary deficit.

At the same time, higher interest rates also mean the costs of borrowing will increase for the government. The fiscal update, for instance, estimates the Trudeau government will spend $43.3 billion (more than $10 billion higher than anticipated) in 2023/24 simply on its debt interest payments. These interest payments leave less money for priorities like health care funding or social services.

Despite rhetoric from the federal government before and after the fiscal update was tabled, their approach to finances is far from demonstrating “fiscal discipline”. The deficit may be down from previous expectations, but this has virtually nothing to do with any restraint exhibited by the Trudeau government.