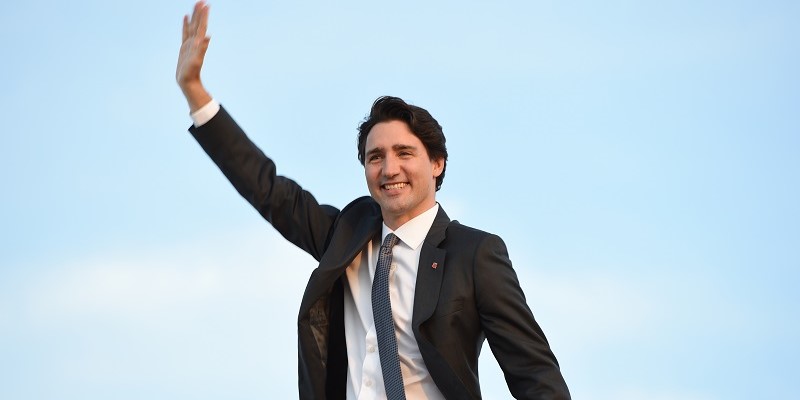 In 2016, the Trudeau government raised personal income tax rates on high-income earners in an effort to gain additional tax revenue—ignoring the fact that tax rate increases adversely affect the Canadian economy by reducing incentives to work, save, invest and engage in entrepreneurial activities.

Put differently, governments typically ignore the behavioural responses of taxpayers when they anticipate gaining additional revenue from a tax hike.

But some taxpayers change their behaviour when tax rates increase. They engage in more tax planning, tax avoidance or tax evasion to limit their tax liabilities. These behavioural responses cause the tax base to shrink and governments can end up collecting less revenue than they otherwise would.

In fact, a recent study found that Ottawa may obtain less revenue over the long term than it would had it not increased tax rates at all.

The chart below exhibits this phenomenon over an extended period by showing how the tax rate increase affects long-term revenues. The dotted line represents the static revenue effects (assuming no behavioural response) by raising the tax rate four percentage points. 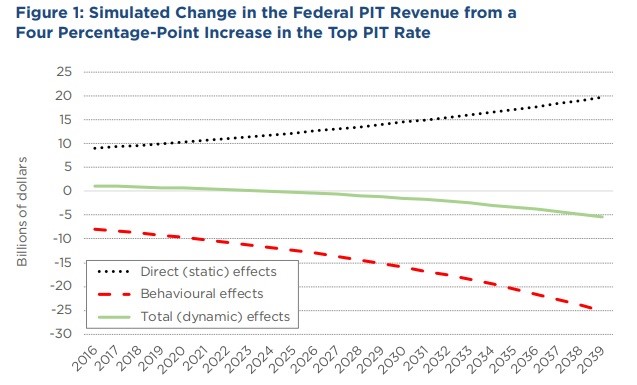 Conversely, the behavioural response of taxpayers to the tax rate increase (dashed line) diminishes the tax base and reduces tax revenue during the entire time period.

The dynamic additional revenue effect (solid line) provides a realistic estimate because it incorporates both the static (or the direct revenue effects) and behavioural responses.

Initially, the top federal income tax rate increase—from 29 per cent to 33 per cent rate—yields very limited additional revenue for nine years. However, this gain in revenue is much lower than the intake estimated from the tax rate increase by the static result (dotted line).

As a result, the government could collect more revenue in the long term if it kept the top tax rate at 29 per cent rather than increase it.

The federal government has provided more resources to the Canada Revenue Agency recently to curtail tax evasion, which may help alleviate this problem to a small extent. But this move is doubtful to have an impact on mitigating tax shifting and tax avoidance that are especially important in this discussion.

Although the Trudeau government has raised tax rates on high-income earners to gain more revenue, the evidence clearly suggests this policy is unlikely to be successful in the long term, casting serious doubt on the wisdom of the government’s tax hikes.